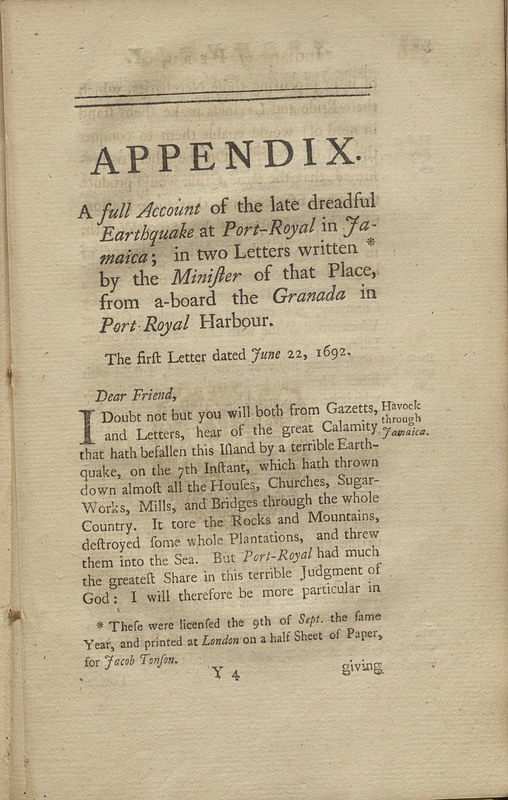 Early in the narrative of Robinson Crusoe, Crusoe experiences an earthquake on his deserted island. The Caribbean region is well known for earthquakes, with the region’s first documented major earthquake devastating Port Royal, Jamaica in 1692. In the late 17th and early 18th centuries, Port Royal was the most notorious pirate refuge in the Caribbean, giving it a reputation as the “wickedest city on earth.”  This particular earthquake, as well as those in Puerto Rico in 1670 and Antigua, St. Kitts, and Nevis in 1690, would have been well known in England at the time that Daniel Defoe was writing Crusoe. According to many English clergymen of the time, the earthquake was the wrath of God visiting itself upon the wicked.

Pedro Lozano; H Johnson; Rev. E. Heath, B Cole.
A True and Particular Relation of the Dreadful Earthquake Which Happen'd at Lima, the Capital of Peru, and the Neighboring Port of Callao, on the 28th of October, 1746. London: T. Osborne, 1748. 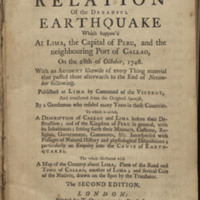