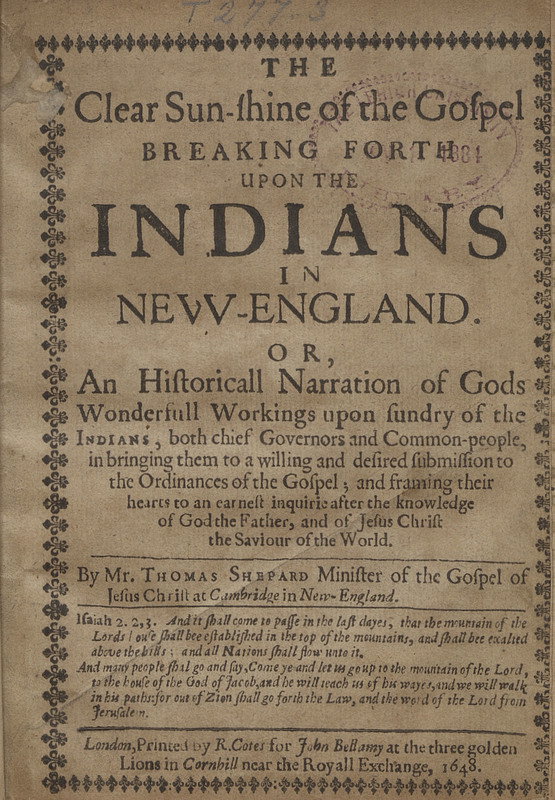 A contemporary of John Cotton and Richard Mather, Thomas Shephard was a prominent Puritan minister in Massachusetts. John Eliot was a Puritan missionary to the Algonquins of New England. This pamphlet, authored by Thomas Shephard, is a report to Parliament on efforts to convert the Native Americans of Massachusetts to Christianity and includes a letter from John Eliot updating Parliament on his missionary work. In Robinson Crusoe, the native Friday is converted to Christianity by Crusoe, making him part of the English missionary tradition.

Thomas Shepard (1606-1649) and John Eliot (1604-1690).
The Clear Sun-shine of the Gospel Breaking Forth Upon the Indians in New-England: Or, An Historicall Narration of Gods Wonderfull Workings Upon Sundry of the Indians, Both Chief Governors and Common-people, in Bringing Them to a Willing and Desired Submission to the Ordinances of the Gospel …. London: R. Cotes for J. Bellamy, 1648.