-The Base Ball Players Book of Reference 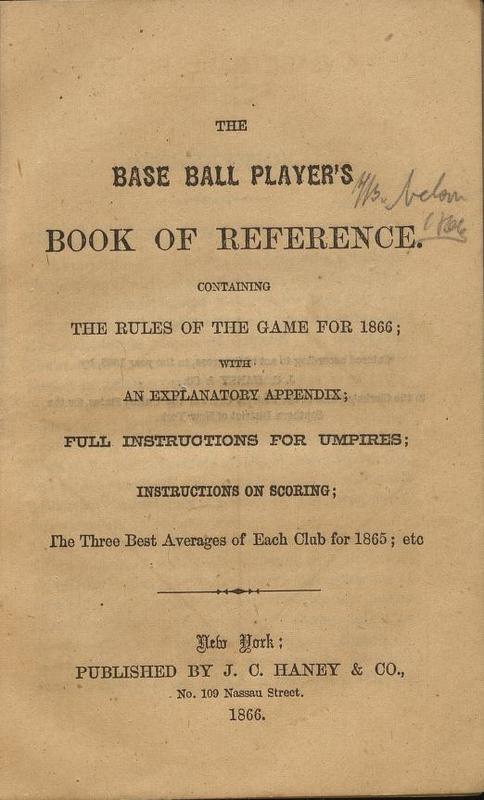 Hailed as the “Father of Baseball,” Henry Chadwick was a sportswriter for New York newspapers who covered the early days of baseball, beginning in in the 1850s. Chadwick is widely credited with creating the now common baseball statistics of the batting average (BA) and the earned run average (ERA), as well as popularizing the abbreviation for strike out as K, and formalizing the box score. In this work, Chadwick codifies the rules of the new sport by specifying the proper way to arrange the field, bat, pitch, and perform as an umpire. Even in 1866, Chadwick’s process of scoring the game and his box score are remarkably similar to those of the modern sport.

Also evident in Chadwick’s work is the overwhelming interest that baseball fans have for statistics and measuring the performance of players. Appendices include a list of the major ball clubs, and the outs, batting averages, and runs scored by the best three players of each team. The work of recording team rosters and statistics would later be picked up by baseball historians and the Society for American Baseball Research, much of which is also on display in this exhibit.

Henry Chadwick, 1824-1908
The Base Ball Player's Book of Reference: Containing the rules of the game for 1866; with an explanatory appendix; full instructions for umpires; instructions on scoring; the three best averages of each club for 1865; etc. New York: J.C. Haney & Co., 1866.

This text has been digitized by Lehigh University and is available through the Internet Archive. 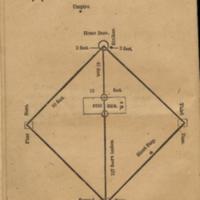