Baseball has long been a popular subject for film. The films in this case are just a small sample of the many that have been produced about America’s national pastime. In this collection, values that are often considered to be quintessentially American, like the importance of the chance for redemption, second chances, square dealing, and coming of age, are explored through the medium of film. Friendship, teamwork, and loyalty are also popular themes in comedies like The Bad News Bears and Major League, as well as in more nostalgic films like A League of Their Own and The Sandlot. Through the inspirational story of Lou Gehrig in Pride of the Yankees, moviegoers learn of the importance of hard work and gratitude for one’s blessings. Many of the films in this case are currently being studied this summer in ENGL 189 – “Sports in Film”. 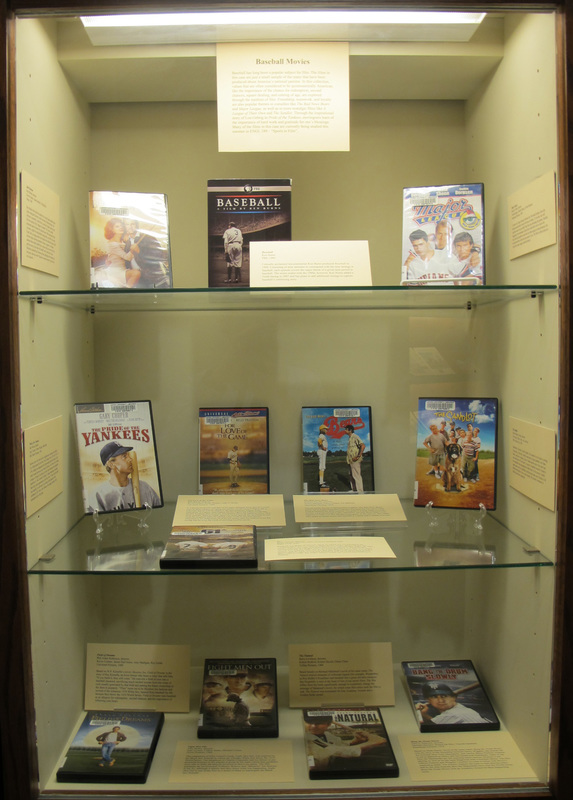 ← -A League of Their Own
-Bull Durham →
Baseball Movies