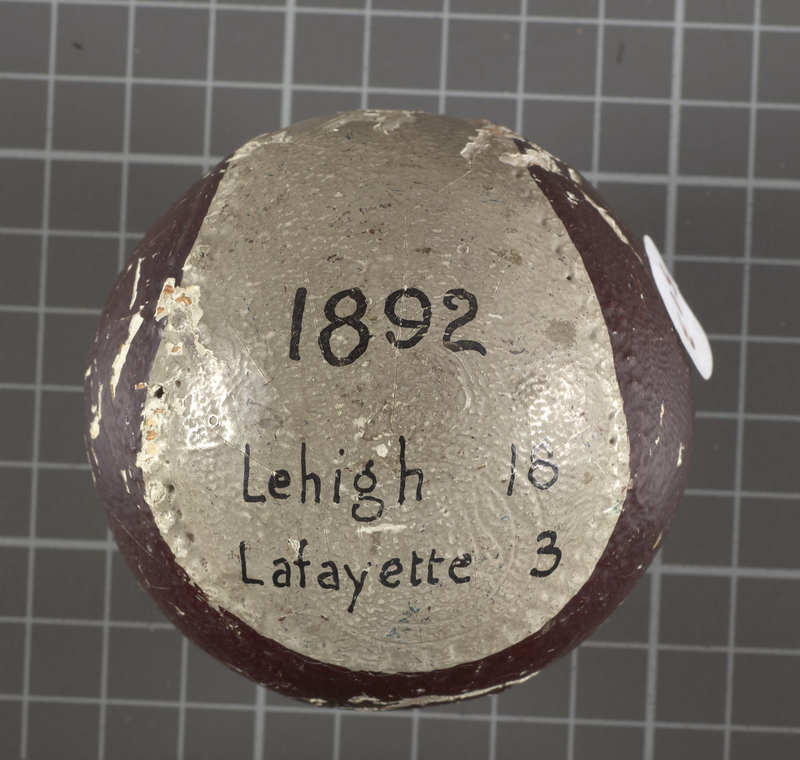 Nearly identical to modern baseballs, these game balls were created to commemorate significant victories by early Lehigh baseball teams. The balls are painted with Lehigh’s colors, brown and white, and feature the opposing team and the final score. The balls are constructed of two pieces of horsehide, stitched together using yarn, and wrapped around a cushioned wood core. Like the bat on display, these balls were manufactured by the A.G. Spalding Company. Spalding baseballs were officially used by the National League until 1976. 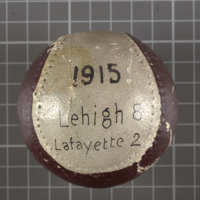