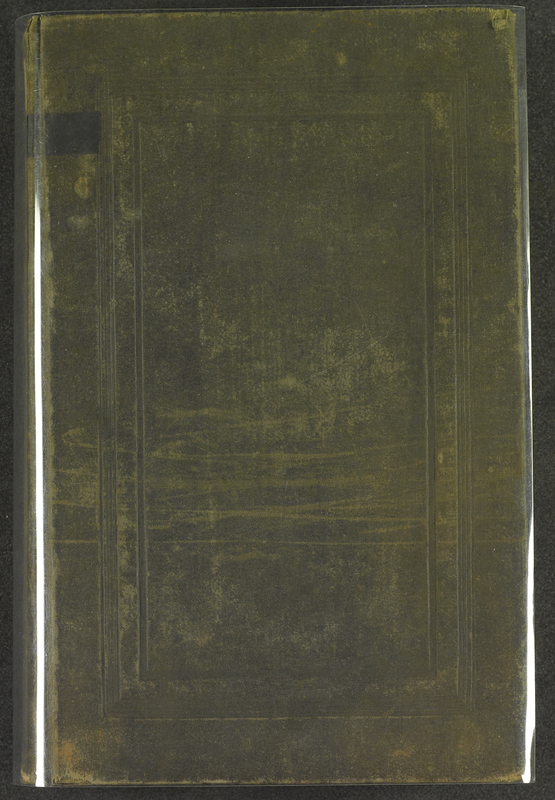 Interest in various aspects of the history of education has always been high at Lehigh.  The acquisition of mid-nineteenth century texts on topics such as engineering, science, drawing, and mathematics is a means of illustrating what early Lehigh students might have been reading at the time in Lehigh’s strong architecture and engineering programs.  Research projects utilizing these resources have focused on comparative education and the nature of the curricula in Europe and America at the time Lehigh was founded.  Displayed here are a number of examples of early engineering, mathematical and computing textbooks intended for both the layman and formal instruction in the classroom. 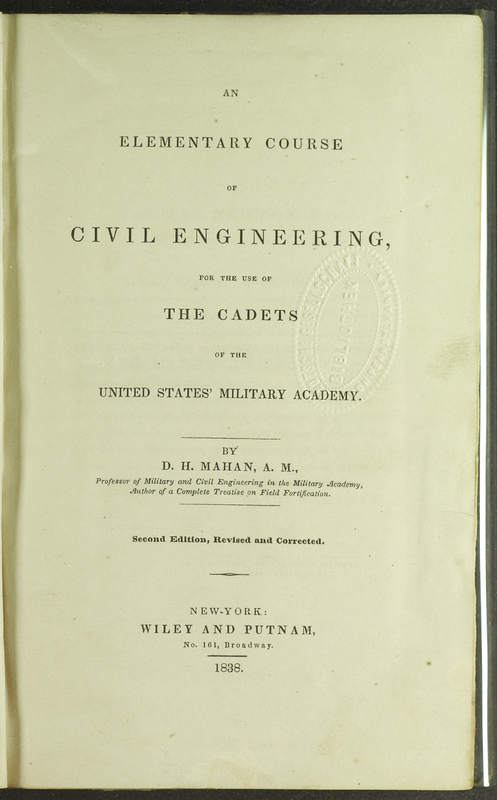 Mahan, a noted American military professor at West Point Military Academy, compiled and brought the best of European engineering to the United States.  His lectures and writings about military fortifications were substantial in the conduct of the Civil War.  Generals of both sides applied these guidelines, but the most influential use of Mahan's tactics succeeded at the Battle of Gettysburg.

All nineteenth-century American engineering schools were started with West Point educated faculty or adopted its texts. The first edition was published in 1837.  This book is a second edition of the standard textbook for America's military engineers designing and building the forts, arsenals, bridges, etc. during the period from Texas Independence to the Civil War. 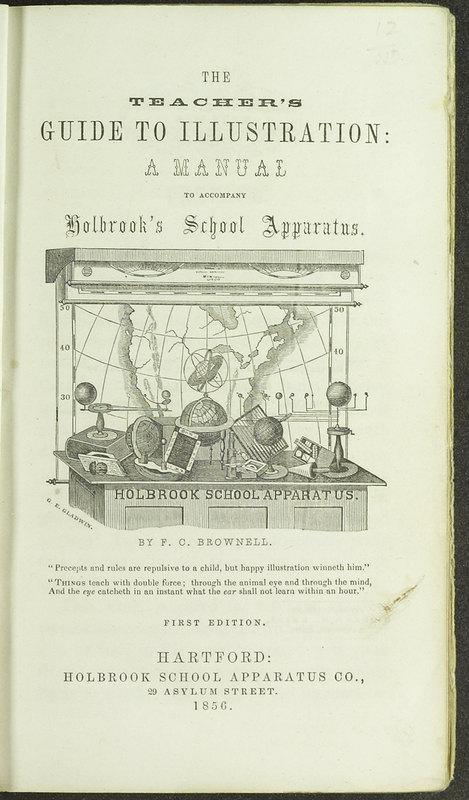 This equipment catalog, published less than a decade before Lehigh was founded, provides insight as to how school might have been furnished.  It includes suggestions for globes, maps, and other scientific apparatus.  Brownell’s philosophy was to fill classrooms with visual aids: “Experience and observation afford abundant proof that illustration is the basis of successful teaching; and, in physical science, visible illustrations are the most convincing.” 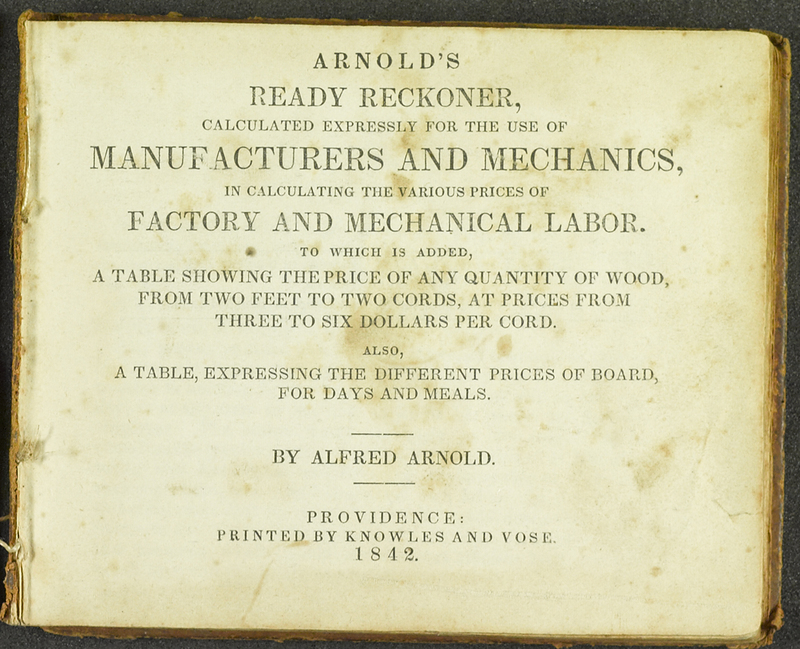 Alfred Arnold.
Arnold's Ready Reckoner, Calculated Expressly for the use of Manufacturers and Mechanics, in Calculating the Various Prices of Factory and Mechanical Labor.  Providence:  Printed by Knowles and Vose, 1842.

This text was designed to put calculations into the hands of merchants who had received no formal training in arithmetic.  As Arnold explains in his preface, “Any person, or child, that can enumerate, or read figures, though he know nothing of Arithmetic, and is not capable of adding one number to another, by the possession of this book will be able any day, or at any time in the day, to know his precise due from his employer.” 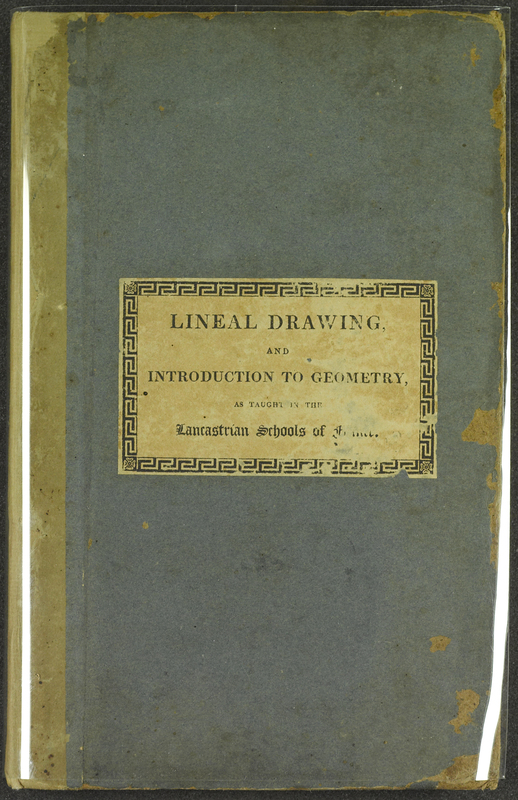 Intended as a textbook, this manual contains five folding plates, each accompanied by a leaf of instruction.  First published in Paris in 1819, this English edition was designed to further the spread of Lancastrian education, a form of public education designed to benefit those less fortunate.  According to its principles, advanced students should provide instruction for those less accomplished.  Francœur proposed that lineal drawing be considered an integral part of the curriculum, rather than a specialized skill.  His theories were well-received on both sides of the Atlantic: the publication of numerous subsequent editions are testimony to his success. 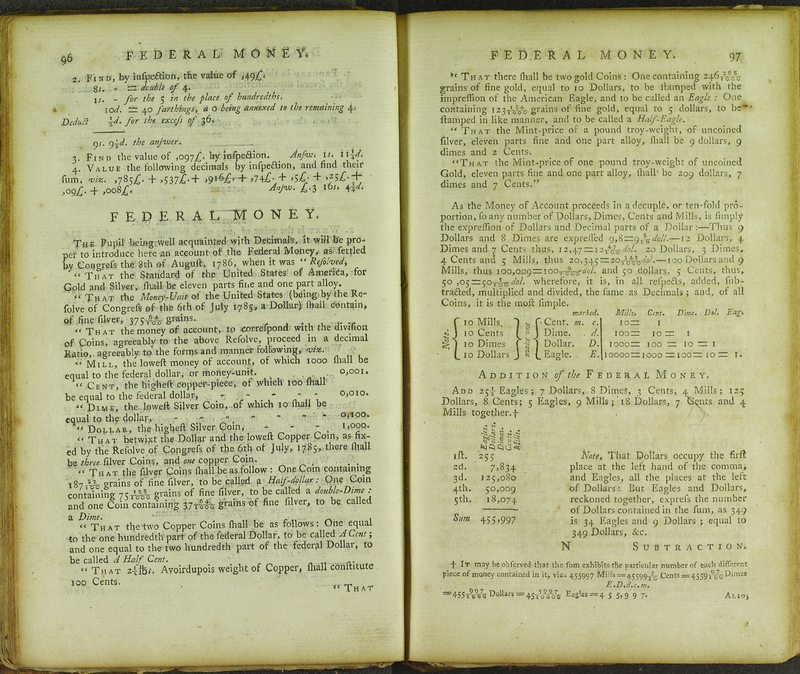 Nicolas Pike (1743-1819).
A New and Complete System of Arithmetic, Composed for the Use of the Citizens of the United States.  Newbury-port: Printed and sold by J. Mycall, 1788.

This is the first edition of Pike’s popular textbook.  He was the first American to have written an arithmetic instructional manual intended to introduce school children to the field of mathematics.  Pike also focuses attention on currency, as the new Federal money had only recently been introduced.  Finally, he concludes with sections on geometry and trigonometry. 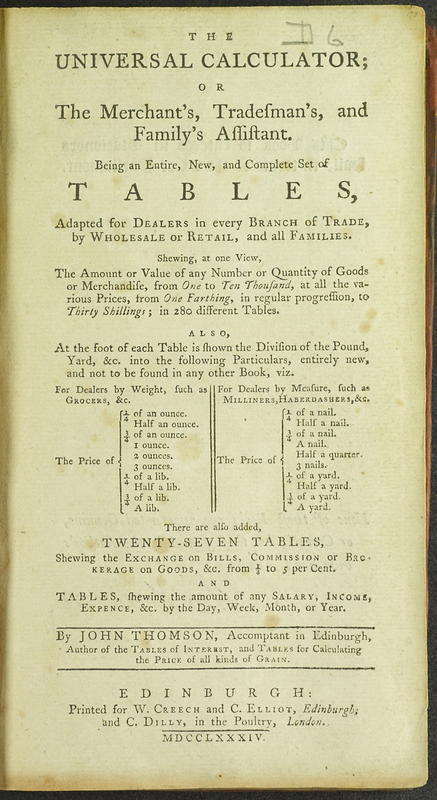 John Thomson.
The Universal Calculator, or, The Merchant's, Tradesman's, and Family's Assistant.  Edinburgh:  Printed for W. Creech and C. Elliot, 1784.

This set of commercial tables was prepared to guide grocers, milliners, haberdashers, and other merchants through business transactions. Examples include sales of sugar, cotton, tea, beef, and cinnamon are among the goods cited.

W. Williams.
New Mathematical Demonstrations of Euclid: Rendered Clear and Familiar to the Minds of Youth with No Other Mathematical Instruments than the Triangular Pieces Commonly Called the Chinese Puzzle. London: Printed for the author and sold by J. Maynard, 1817.

This book is an example of 19th-century instructional material.   The author, Mr. W. Williams, of the High Beech Collegiate School, Essex, apparently invented this form of instruction based on the Chinese puzzle known as a tangram.  The tangram was first brought to America in 1816 in Philadelphia.  It eventually reached England where it became very fashionable, and interest skyrocketed around 1818.  Its popularity as a game was that although many forms of recreation were forbidden on the Sabbath, there was no objection to puzzle games. These traditional puzzles were called intelligence games and valued as tools for training the mind in creative and logical thinking which is clearly what Mr. Williams intended with his book.  The traditional tangram set usually has seven pieces: 2 large right triangles, 1 medium right triangle, 2 small right triangles and 1 parallelogram.  Williams’ demonstrations of Euclidean geometry utilized nine triangles and no parallelogram.  He attempted to use a familiar game form of the time to introduce mathematics to the students of High Beech Collegiate School.  This book is a first edition; a second edition was published in 1820.