The Reading Room Exhibit Case in Honor of Professor Ron Yoshida, Lehigh University Provost 2000-2004, given with love by Sharon Yoshida 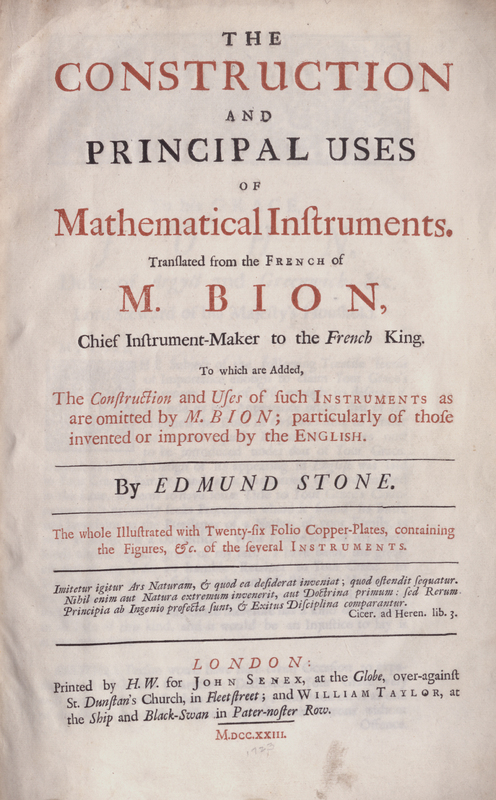 This text is supplemented by twenty-six engraved folding plates depicting early eighteenth-century instruments including mathematical and astronomical apparatus, telescopes, clocks and sundials, and slide rules.  Bion, a cosmographer and producer of globes, was known as the “Chief Instrument-Maker to the French King.” 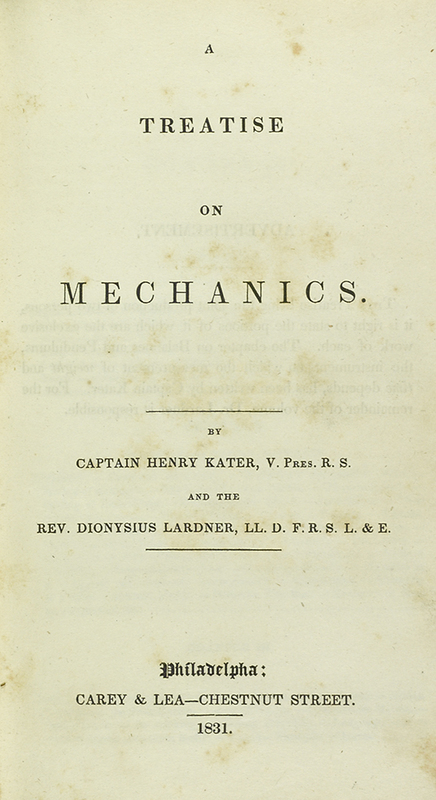 First published in London in 1830, this collaborative work combined the expertise of two scientists.  Captain Kater, a Vice President of the Royal Society at the time this work was published, was a geoscientist who contributed the chapter on balances and pendulum.  The Reverend Lardner was a prolific science writer and lecturer who edited the 133-volume series The Cabinet Cyclopedia.  Illustrated with twenty-one plates of mechanical gear, including pulleys, pendulums, and levers, it served as an instructional manual for early engineers. 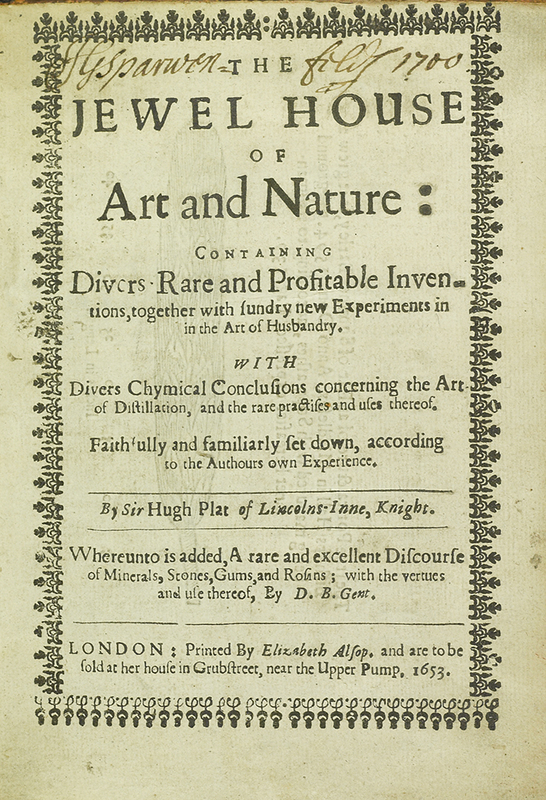 Sir Hugh Plat (1552-1611?).
The Jewel House of Art and Nature:  Containing Divers Rare and Profitable Inventions, Together with Sundry New Experiments in the Art of Husbandry.  London:  Printed by Elizabeth Alsop, 1653.

This is the third edition of a compendium of 149 recipes, inventions, and experiments, and the first to be supplanted by “an additional discourse of several sorts of stones, minerals, with gums, and the rare vertues and uses thereof.”  Recipes and advices range from methods of preserving various fruits and vegetables to instructions on building small bridges inexpensively. 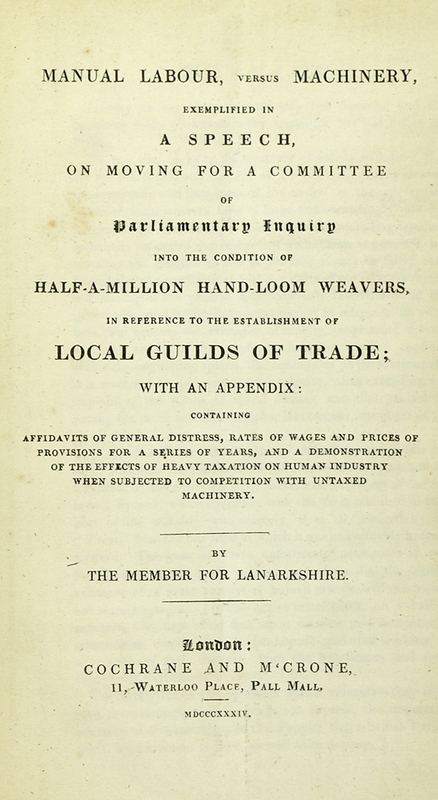 Sir John Maxwell (1791-1865).
Manual Labour, versus Machinery, Exemplified in a Speech, on Moving for a Committee of Parliamentary Inquiry into the Condition of Half-a-million Hand-loom Weavers, in Reference to the Establishment of Local Guilds of Trade.  London: Cochrane and M’Crone, 1834.

By the beginning of the 19th century, Lanarkshire, Scotland had become an industrialized community with extensive hand-loom weaving operations.  However, working-class populations felt the impact of the introduction of machinery into the factories, as their standard of living quickly declined.

John Maxwell, the Member for Lanarkshire, was a landowner and politician who petitioned Parliament to provide financial assistance to hand-loom weavers in Great Britain.  Fears of the workers being replaced by steam-powered textile machinery were being realized, as workers’ jobs were eliminated and wages were lost or reduced.  Receiving an unsatisfactory response from Parliament, Maxwell published this pamphlet to better publicize his position on the perceived inequalities, particularly where taxation was concerned.  In his appendix, Maxwell includes: “Affadavits of general distress, rates of wages and prices of provisions for a series of years, and a demonstration of the effects of heavy taxation on human industry when subjected to competition with untaxed machinery.” 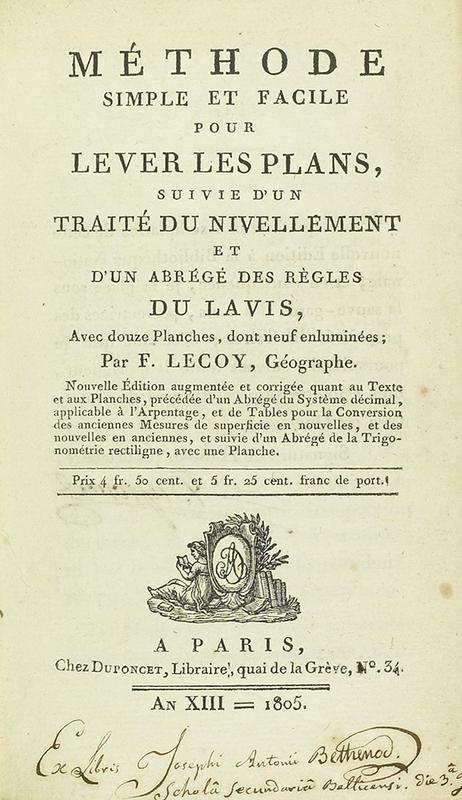 This second edition was enlarged and corrected to provide the reader with the most up-to-date information on surveying and map-making. It was so successful that it went through five editions in less than fifty years.  The first part of the book was intended to guide rural residents through the process of surveying their properties.  The second describes the tools necessary to complete this process, while the third section details the process of map-making through inclusion of a dozen foldout engraved plates. 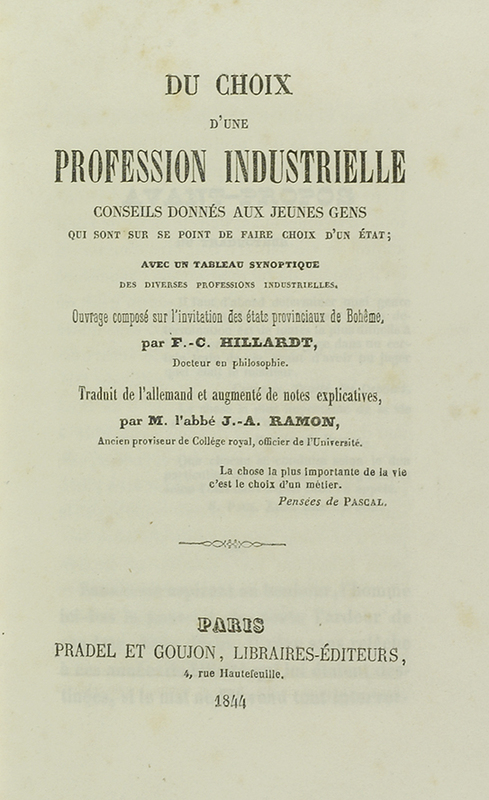 This text, which was intended to aid readers in the selection of a profession in industry, was first published in German in 1837.  In it, the author covers the advantages of such a career, citing education and qualifications necessary for success in fields such as agriculture, mining, textiles, construction, and printing.  Hillardt, who was a professor at the Prague Conservatory, evaluates working conditions and the future of selected professions from an economic standpoint. 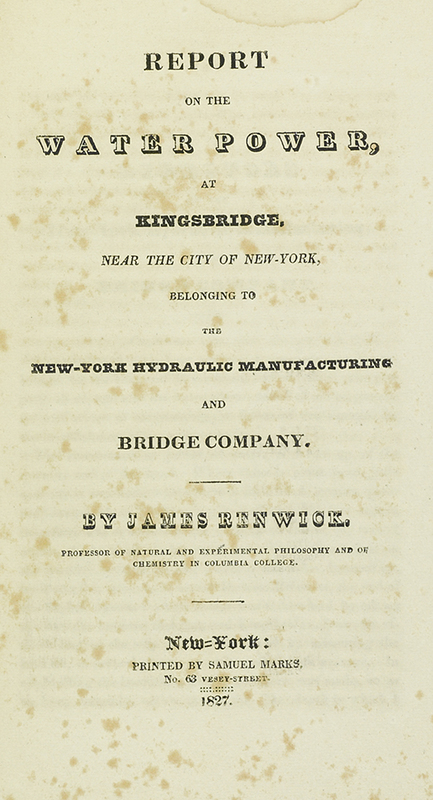 James Renwick (1792-1863).
Report on the Water Power, at Kingsbridge, near the City of New-York, Belonging to the New-York Hydraulic Manufacturing and Bridge Company.  New-York:  Samuel Marks, 1827.

Professor James Renwick of Columbia University was a leading engineer of his time.  He was a recognized authority in every branch of engineering.  He was prolific author and travel companion of Washington Irving.  He surveyed the border of Maine and New Hampshire with New Brunswick, Canada. He investigated the feasibility of uniting the Delaware and Hudson rivers by a canal which resulted in the Morris Canal.  He was awarded the Franklin Institute’s Silver Medal in 1826. 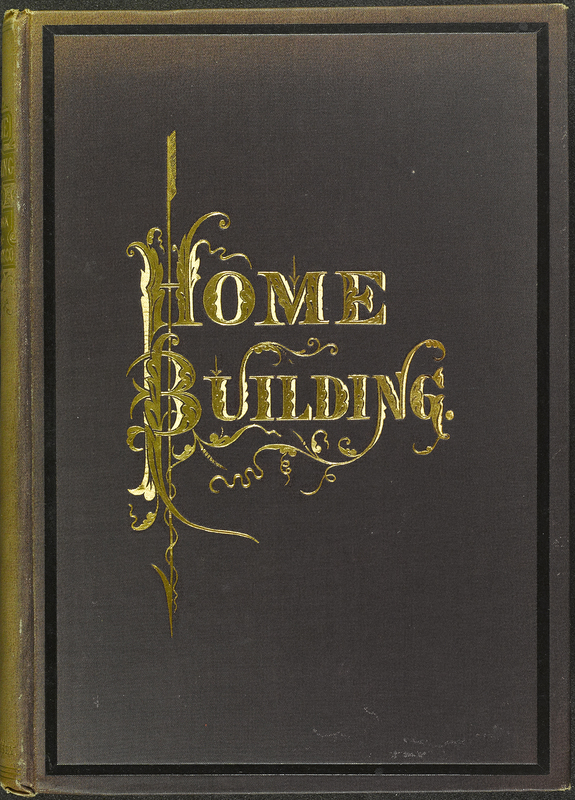 This book of architectural plans for residences across the country shows plans for forty-five houses with prices for construction in New York. The majority represented here are stick-built. The text also evaluates building conditions in 400 cities and towns across the country, providing information about the cost of labor and materials.