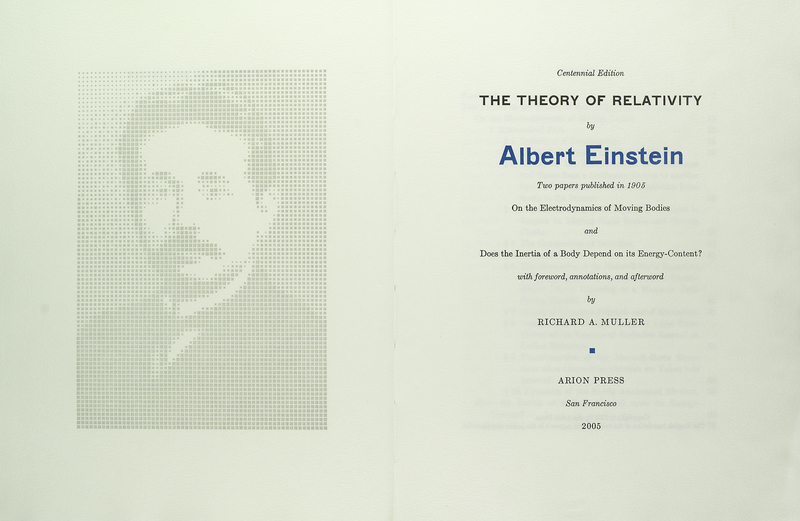 The Arion Press, founded by Andrew Hoyem in 1974, has produced fine press books and artists’ books for nearly four decades. Each edition is typically comprised of handmade papers printed with hand set type according to designers’ specifications.  While the majority of the Press’s publications are literary in nature, the present text by Albert Einstein fits well with Lehigh’s strengths in the history of science while introducing elements of graphic design. 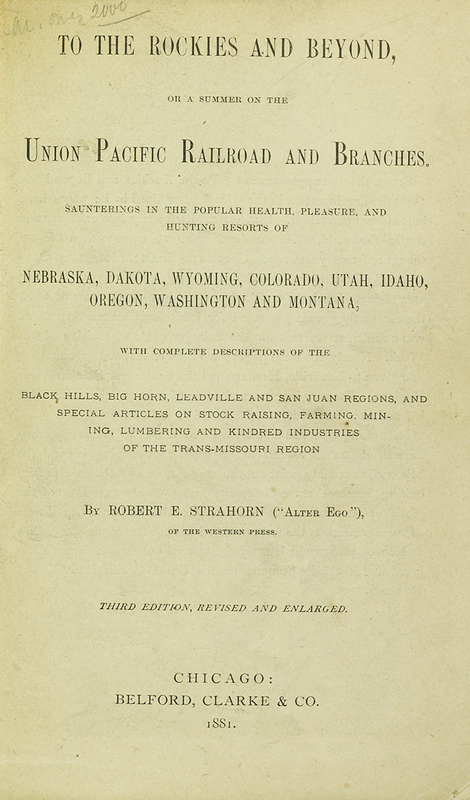 Robert E. Strahorn (1852-1944).
To the Rockies and Beyond: or A Summer on the Union Pacific Railroad and Branches. Saunterings in the Popular Health, Pleasure, and Hunting Resorts of Nebraska, Dakota, Wyoming, Colorado, Utah, Idaho, Oregon, Washington and Montana.  Chicago: Clarke & Co., 1881.

Robert Edmund Strahorn was born in Pennsylvania in 1852. He joined the Rocky Mountain News staff in 1871 and traveled extensively in the west. He also became a promoter of western migration and railroads. He wrote several books on the American west, including the present work and a guidebook on Wyoming residents, tourists, and emigrants. He eventually settled in Spokane, Washington and died there in 1944. 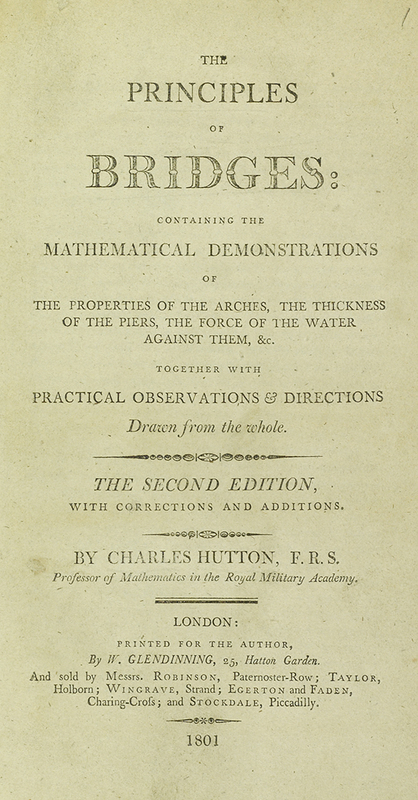 Charles Hutton (1737-1823).
The Principles of Bridges:  Containing the Mathematical Demonstrations of the Properties of the Arches, the Thickness of the Piers, the Force of the Water against Them.   London: Printed for the author by W. Glendinning ... and sold by Messrs. Robinson ...1801.

This book was first published in 1772.  Known as the first English textbook on English bridge design and construction, it contains data regarding construction of the components of bridges as well as the impact of external forces such as water upon structures. It was suggested by the destruction of Newcastle bridge by a high flood.