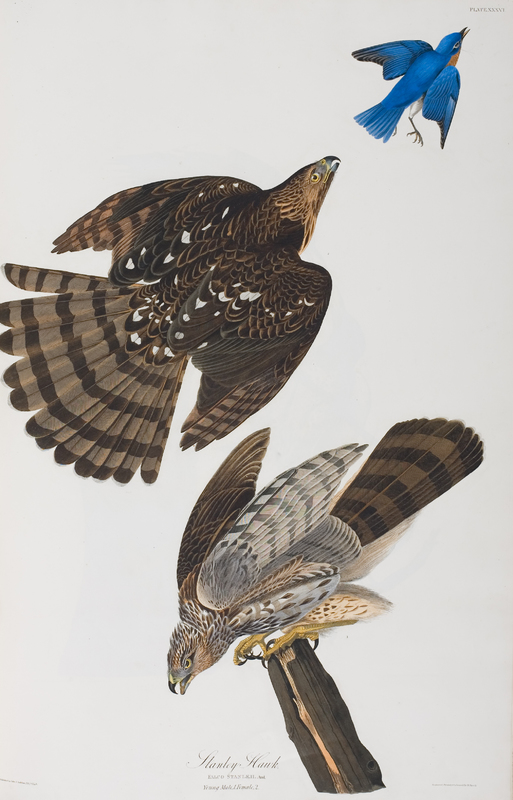 In the latter part of the nineteenth century, Lehigh was fortunate to be able to acquire an extensive collection of natural history books, thanks in large part to the generosity of Asa Packer, founder of the university. Well-represented in the collection are ornithology books, including not only John James Audubon's monumental Birds of America, but also works by John Gould, Mark Catesby, and Alexander Wilson. This exhibition will feature examples of some of the most noteworthy natural history and scientific art ever produced.

Through the work of Gould, Audubon, and their fellow naturalists, a record of many ornithological species around the world was established. Many species were discovered and survived just long enough to be documented and drawn before becoming extinct, including the Great Auk and the Passenger Pigeon. Thus, these works serve not only as field guides, but also as historical records.

That the majority of these works were published in a relatively short time period was no coincidence. The nineteenth century saw the emergence of ornithology as a scientific discipline, and these many ornithological artists grasped the opportunity to identify and document the many then-new species on the American and other frontiers. Printing and publishing techniques had become sophisticated, as had the populace's taste for opulent color productions. New publications continued to appear until the end of the 19th century, when the chances of discovering new species were greatly diminished.

Although there are many stunning images of birds included in these works of art, whenever possible, hawks have been selected from the works on exhibit as a tribute to Lehigh's mascot, the Mountain Hawk.

Please visit this exhibit in the reading room on the first floor, the Café Gallery on the ground floor, and in the Bayer Galleria on the third floor of Linderman Library. It will remain on display through December 21, 2007.

Foundations of Ornithology →
About the Exhibit