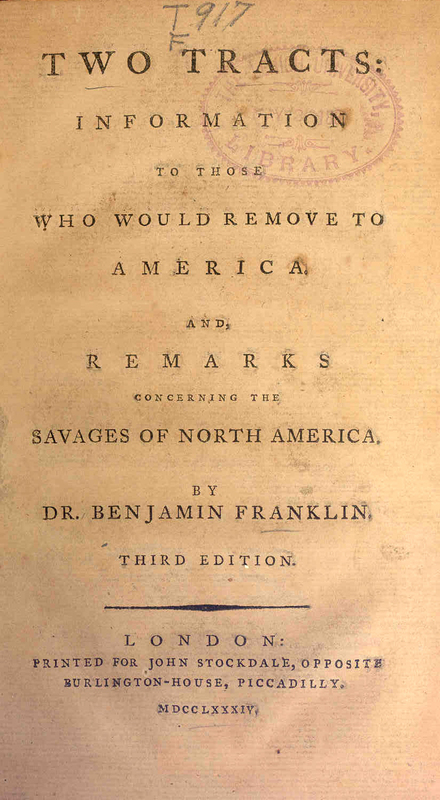 Two Tracts: Information to Those Who Would Remove to America. And, Remarks Concerning the Savages of North America. London, 1784.

As a diplomat in France after the American Revolution, Franklin established a printing house in Paris where he published works such as "Information to those who would remove to America" and "Remarks Concerning the Savages of North America" in English and French as a guide to those who would immigrate to America. The first work responds to the growing interest Europeans had after the Revolution in moving to the United States. In the second, Franklin exhibits his humanist views on the Native --and other-- Americans: "Perhaps if we could examine the manners of different nations with impartiality, we should find no people so rude as to be without any rules of politeness; nor, any so polite as not to have some remains of rudeness".

These works were published together in the 1784 London version in our collection.