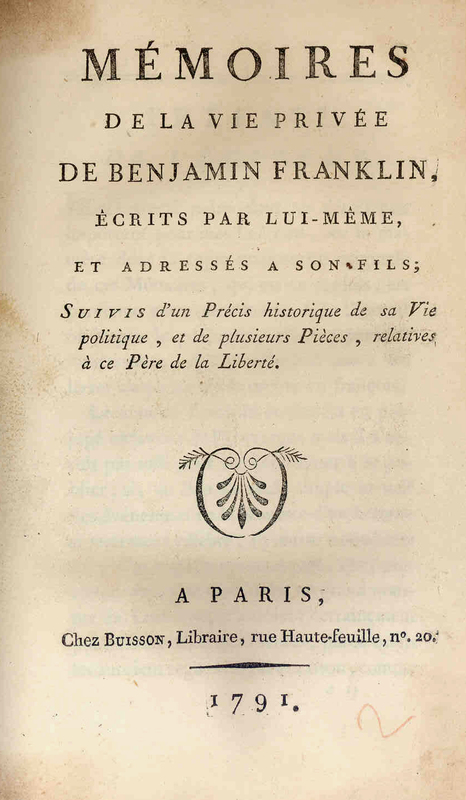 Benjamin Franklin's is among the most widely read of all American autobiographies. Franklin began the memoir in 1771 as a letter to his son, William, the last royal governor of New Jersey. The remainder was composed much later in his life and published after his death. When Franklin died in 1790, his grandson and literary executor, William Temple Franklin, had plans for the memoir, but his "official" version did not appear until 1818. Early in 1791 this French translation of the first part of the memoir was published in Paris.

The Library's copy is the gift of Robert B. Honeyman.

Lehigh users can reach the digital versions of the English edition from Evans Digital Edition (1639-1800) at: http://databases.lib.lehigh.edu/finder/