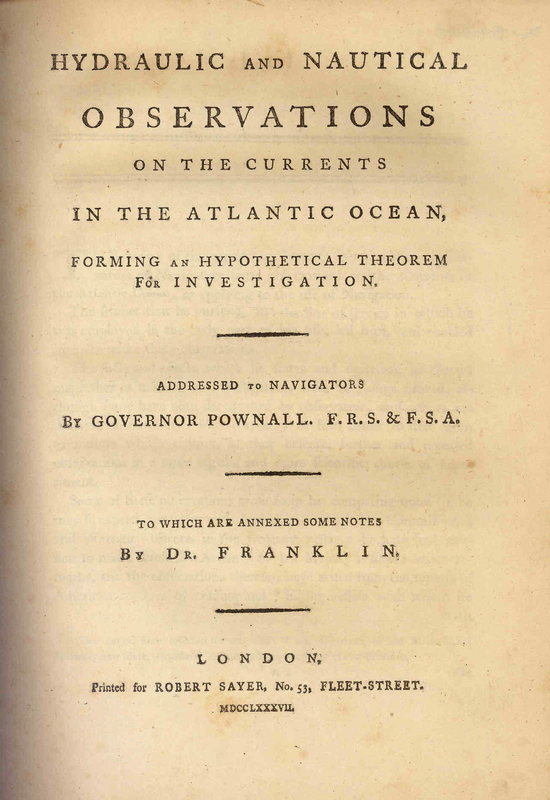 Thomas Pownall. Hydraulic and Nautical Observations on the Currents in the Atlantic Ocean: Forming an Hypothetical Theorem for Investigation; Addressed to Navigators by Governor Pownall ; to Which are Annexed Some Notes by Dr. Franklin. London, 1787.

Franklin, who crossed the Atlantic eight times, had an interest in oceanography and nautical science and conducted experiments about waves and ocean temperatures. According to I. Bernard Cohen , "Franklin's name is associated with the Gulf Stream, of which he printed the first chart". Benjamin Franklin: Scientist and Statesman (New York: Charles Scribner's Sons, 1975), pp. 74-75. 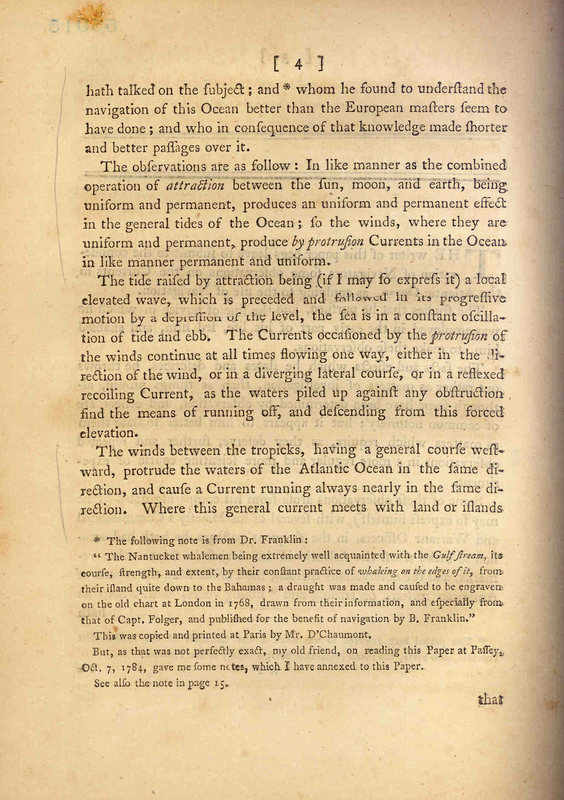 The author frequently refers to Franklin's "observations" on the Gulf Stream.