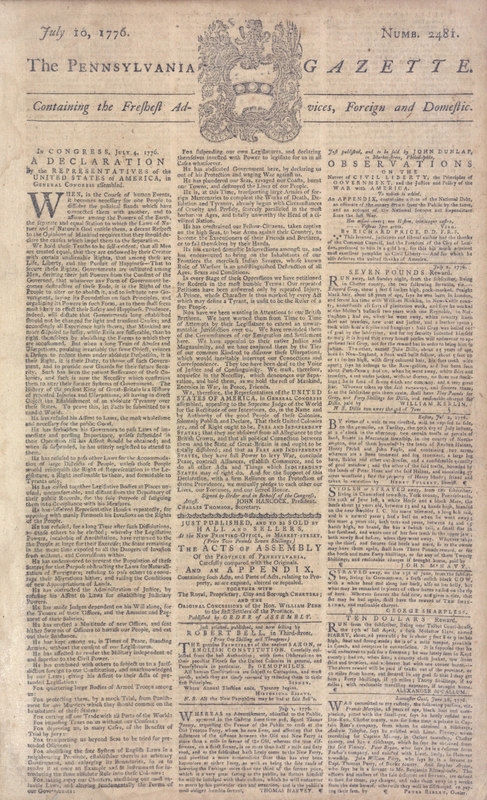 Founded by Franklin in 1728, the Pennsylvania Gazette was one of the most important newspapers of the American colonial period. It provided readers with a first-hand view of colonial America, the American Revolution and the New Republic and offered important social, political and cultural perspectives of this period. The issue on display includes one of the earliest versions of The Declaration of Independence. Later issues included the Constitution, Letters from a Farmer, Common Sense and The Federalist Papers. The brilliant little pieces of humor and criticism Franklin penned for his Pennsylvania Gazette have an imperishable place in American literature.

Lehigh users can access entire collection of The Pennsylvania Gazette at: http://www.accessible.com/search/search.asp