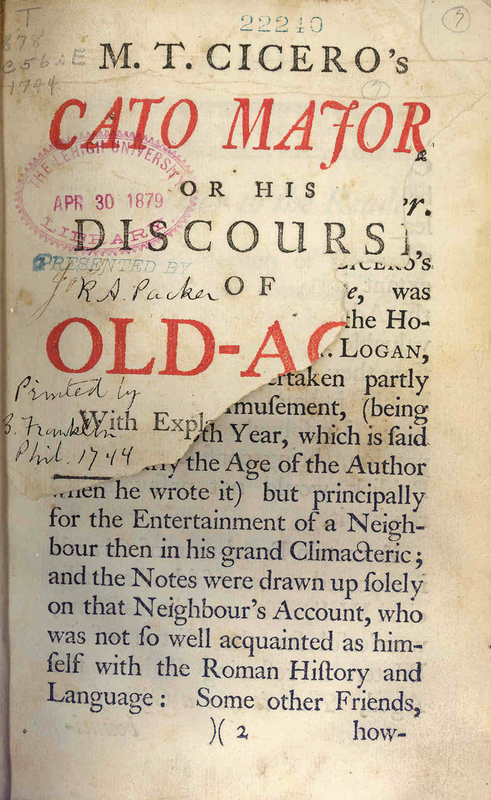 Marcus Tullius CICERO. M.T. Cicero's Cato Major, or His Discourse on Old Age: with Explanatory Notes. Printed and sold by B. Franklin, Philadelphia, 1744.

Next to his almanacs, "Cato" is probably the most famous of Franklin's publications. Many collectors in the late 19th century and early 20th century thought that the fine printing of "Cato" made it "the only Franklin imprint worth having in their collections". Collectors found that some of the prints have a misprinted "ony" instead of "only" on the page 27, line 5. It was translated and annotated by Chief Justice James Logan, considered after William Penn and Franklin the most important man in early Pennsylvania. The translation is often wrongly attributed to Franklin himself.

Lehigh users can reach the digital version of this work from Evans Digital Edition (1639-1800) at: http://databases.lib.lehigh.edu/finder/ 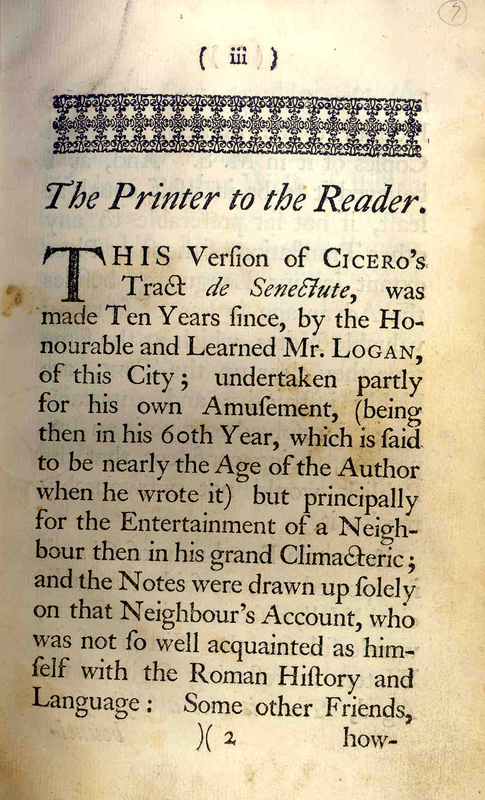 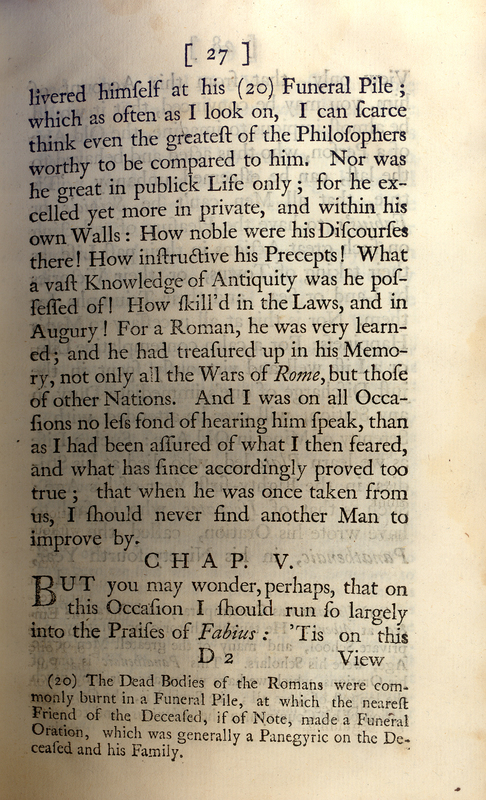 Lehigh's copy has the word "only" on line 5.