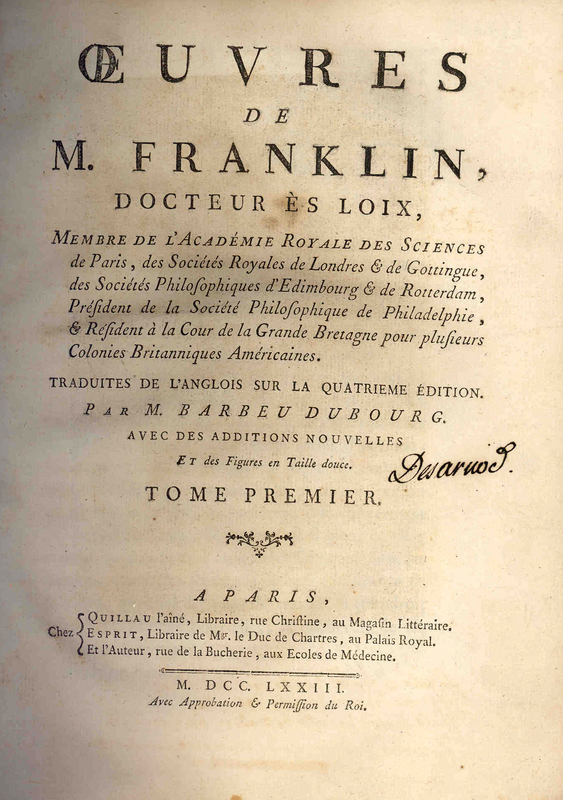 The editor of this work, Barbeu Dubourg, states in the preface that "My affection for the author has made me undertake the translation, and his friendship for me has caused him to draw from his portfolio many pieces, which have not before appeared, to enrich this French edition." [from _Franklin Bibliography_, by Paul Leicester Ford. New York, 1889, p.145] This work is based on the fourth English edition of Franklin's scientific writings but also contains previously unpublished letters on electricity, magnetism and other topics. 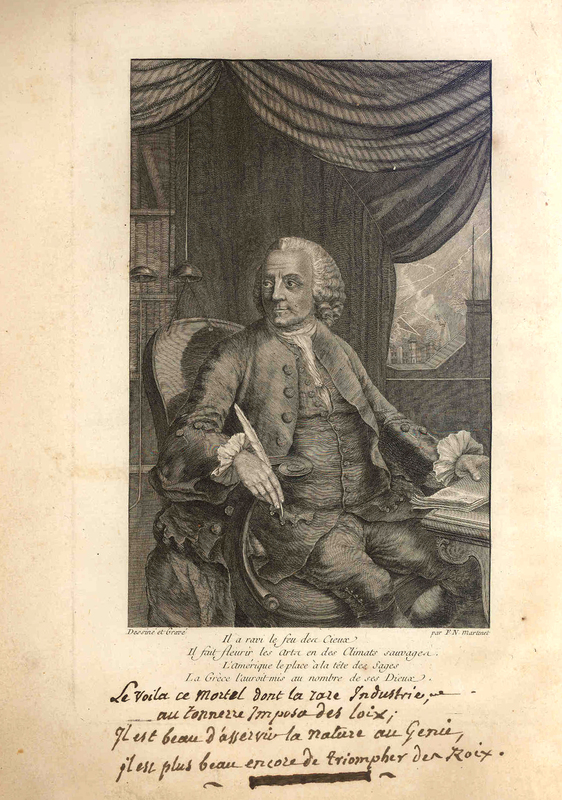 Designed and engraved by F.N. Martinet. Copper engraving depicts Franklin in his office/workshop. 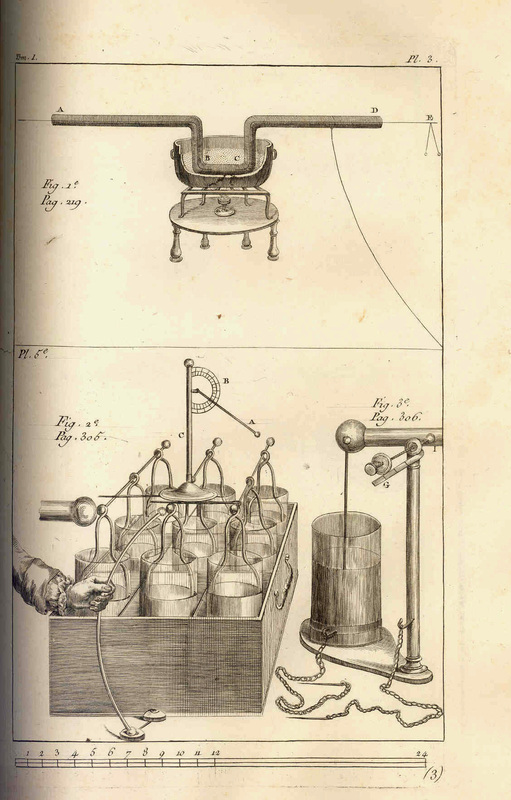 Plate illustrating some of Franklin's experiments.