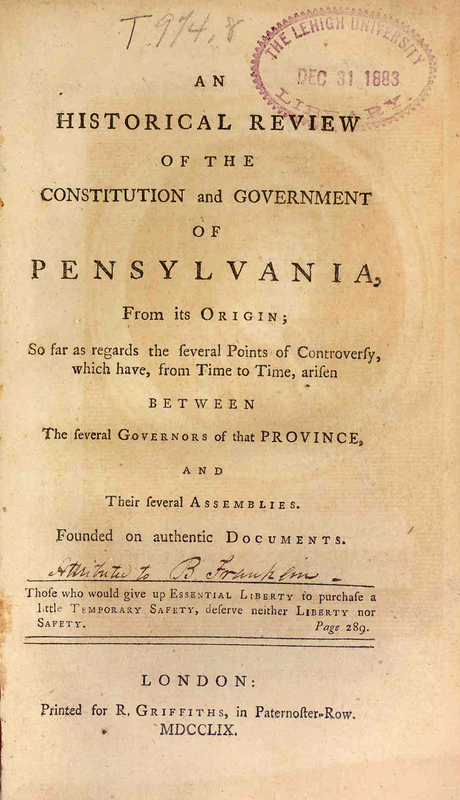 An Historical Review of the Constitution and Government of Pensylvania: from Its Origin, so far as Regards the Several Points of Controversy. London, 1759.

Written by Richard Jackson, sometimes attributed to Benjamin Franklin, but disowned by him in a letter to David Hume (27th Sept. 1760), though he elsewhere admits that it was published at his expense. An early note on the title page of Lehigh's copy states "Attributed to B. Franklin". 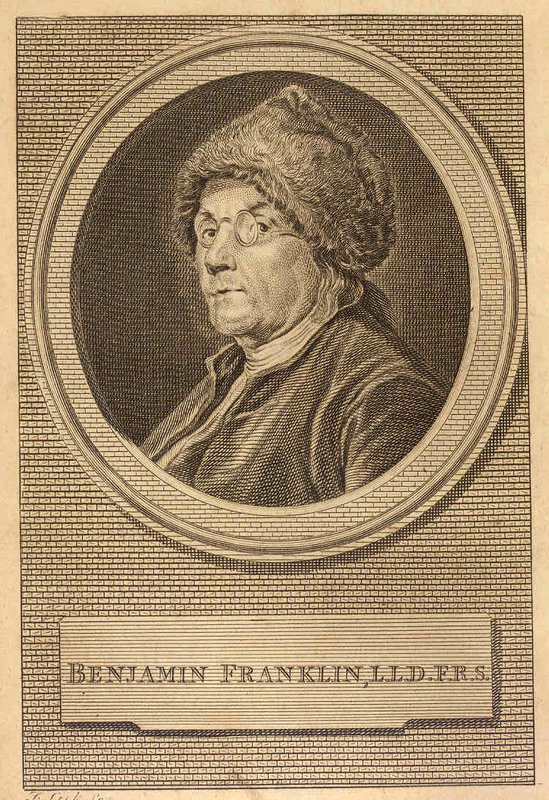 As it was emphasized on the title page, the famous quote "Those who would give up essential liberty to purchase a little temporary safety, deserve neither liberty nor safety" appears on page 289 of this work.