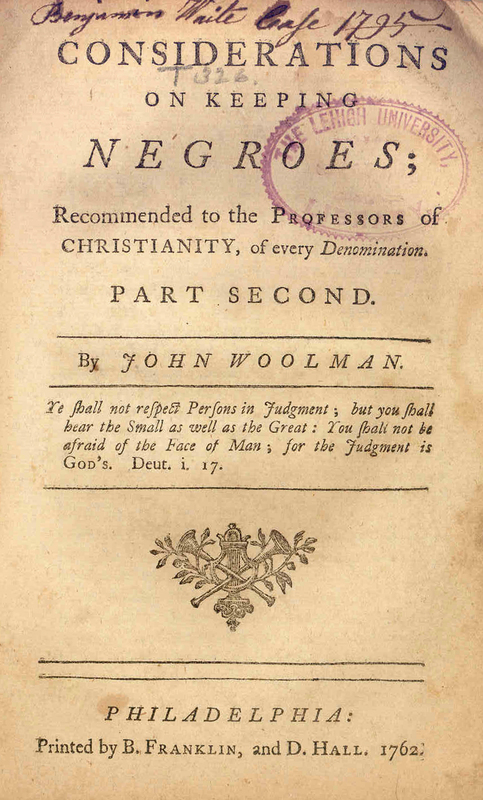 John Woolman. Considerations on keeping Negroes; Recommended to the Professors of Christianity, of Every Denomination. Part second. Philadelphia, 1762.

John Woolman was an early activist against slavery. In this treatise he calls upon Christians to end slavery on a voluntary basis. This title was the third antislavery treatise published by Franklin and influenced the antislavery movement for another century. The first part of the treatise was published in 1754, at James Chattin's Quaker press, Philadelphia.

Lehigh users can reach the digital version of this work from Evans Digital Edition (1639-1800) at: http://databases.lib.lehigh.edu/finder/