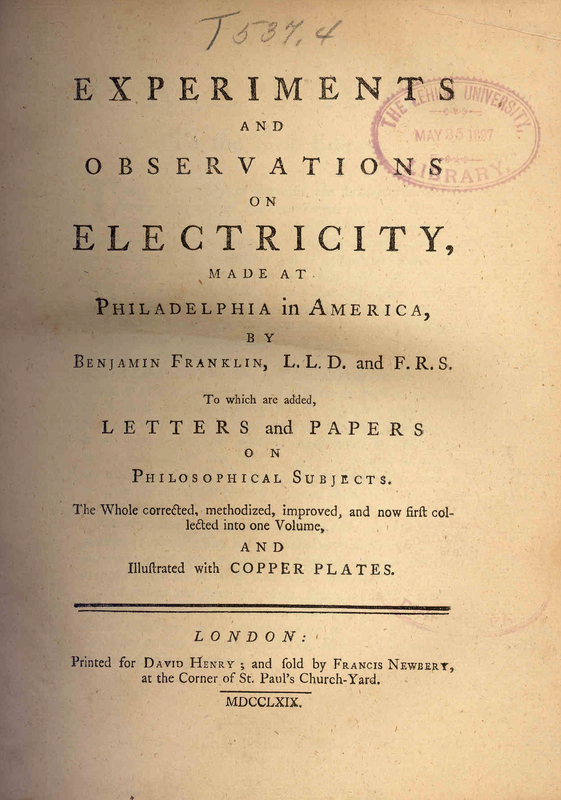 Experiments and Observations on Electricity, Made at Philadelphia in America, by Benjamin Franklin, L. L. D. and F. R. S. To which are Added, Letters and Papers on Philosophical Subjects. London, 1769.

Bernard Cohen, editor of Benjamin Franklin's Experiments: A New Edition of Franklin's Experiments and Observations on Electricity (Cambridge: Harvard University Press, 1941), writes that "such common words as 'plus' or 'positive', 'minus' or 'negative,' 'battery,' and many others which are basic in electrical discussion were actually used in an electrical sense for the first time in Franklin's book on electricity....Most of us know that Franklin 'played' with lightning and that he invented the lightning rod, but are completely unaware that he made a fundamental and vital contribution to the general structure of electrical theory". 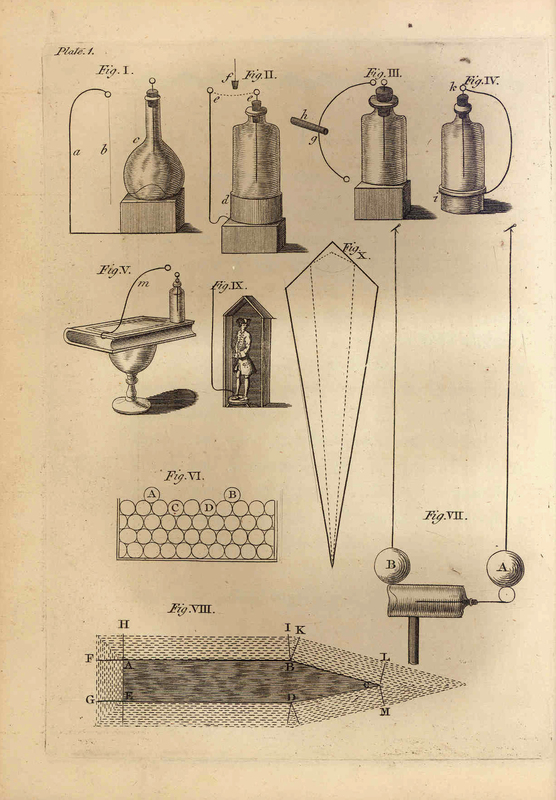 Plate illustrating some of Franklin's designs for his experiments. 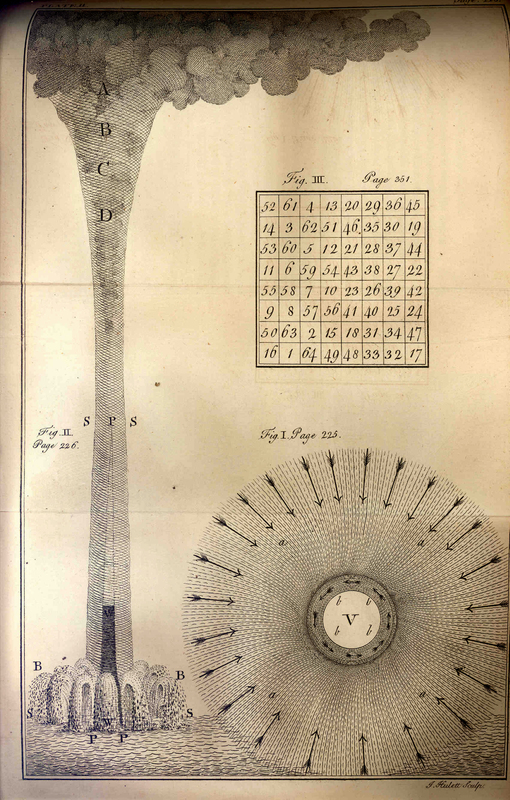