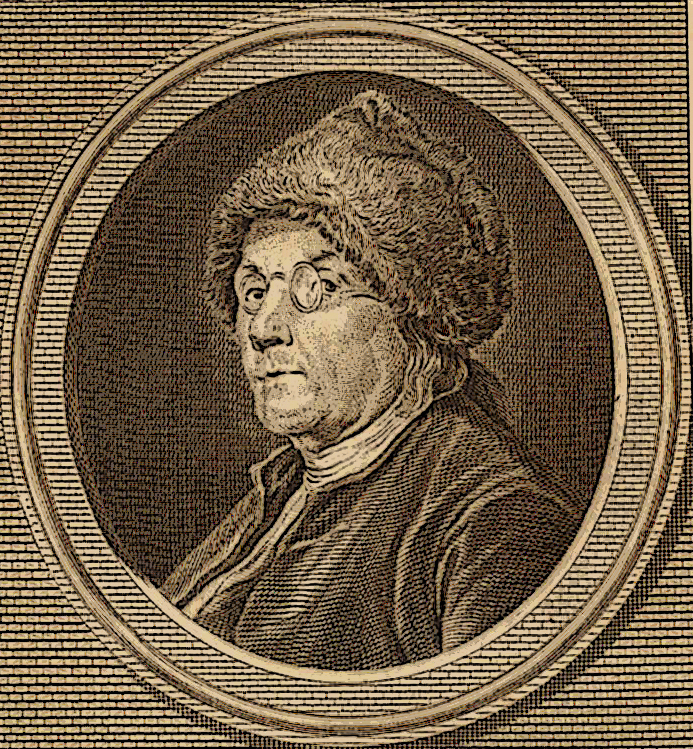 Frontispiece: An Historical Review of the Constitution and Government of Pennsylvania. 1759

American author, printer, journalist, scientist, diplomat and statesman Benjamin Franklin was born on January 17, 1706 in Boston, the tenth child of Josiah Franklin and Abiah Folger. At age eight he went to a grammar school and spent a year there, followed by a year in a school for writing and arithmetic. When he was ten, he joined his father in his candle and soap making shop; at age thirteen he became the printer's apprentice to his brother James, who started the New England Currant, one of the first newspapers in America.

In 1723 he went to Philadelphia and found an employment in a printing house. By 1730, he owned his own printing house and bought The Pennsylvania Gazette. He founded the first circulating library in America in 1731 and in 1732 started publishing his "Poor Richard's Almanacks" under the name Richard Saunders. For the next 25 years, his Almanacks were the best-selling publications in the colonies with sales often exceeding 10,000 copies. In Philadelphia, Franklin was involved in many political and social activities, serving as postmaster, forming the fire company and the first police force, and helping to establish an academy in 1751 which later became the University of Pennsylvania.

He traveled often in America and abroad; he crossed the Atlantic eight times visiting Great Britain and France, and was honored by prestigious European societies and institutions with honorary memberships and degrees as a scientist and diplomat.

Franklin was enthusiastic about and skilled in scientific matters. His interest in electricity, navigation, astronomy, and many other subjects made him universally famous. Some of his important contributions to science are the invention of his own bifocals, lightning rod (for a long time known as Franklin's Rod), and Franklin's stove.

He described himself as "Benjamin Franklin, Printer". He established printing houses in Charleston, New York, Lancaster PA, New Haven, Jamaica and elsewhere. As a printer, he is best known for the Pennsylvania Gazette and Poor Richard's Almanack.

Franklin died on April 17, 1790 and was buried in the graveyard of Christ Church (5th and Arch Streets), Philadelphia