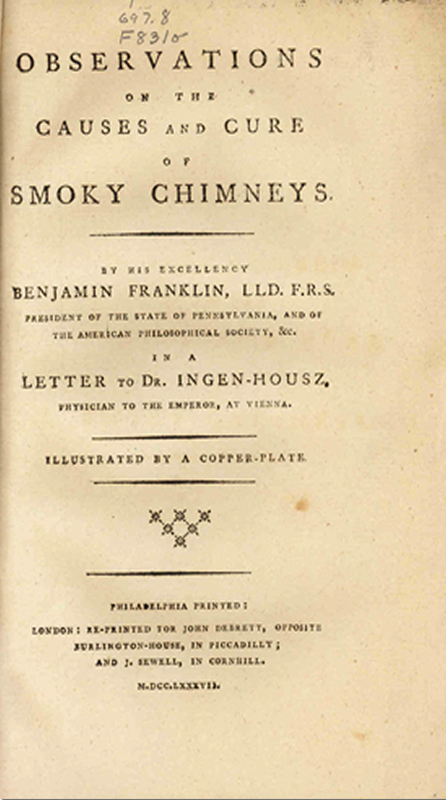 Observations on the Causes and Cure of Smoky Chimneys. By His Excellency Benjamin Franklin. In a Letter Dr. Ingen-Housz, Physician to the Emperor, at Vienna. Philadelphia printed. London reprinted, 1787.

According to one commentator, "the proof of Benjamin Franklin's universal genius was his uncommon ability to be absolutely fascinating even in writing about stoves."("The Franklin Stove", by Samuel Y. Edgerton, Jr., p. 211, in I. Bernard Cohen,Benjamin Franklin's Science, 1990)

Franklin was interested not only in stove design, but also the "causes and cure of smoky chimneys." According to Cohen, "those who are familiar with Franklin's career will be aware that Franklin not only wrote about the new stove (or stoves) which he designed, but also wrote extensively about the problem of smoky chimneys, to which he applied the same inverted-siphon principle" (p. 199). Ford's Franklin Bibliography suggests that the Philadelphia printing of this work, of which we have a London printing, was reprinted from Transactions of the American Philosophical Society. 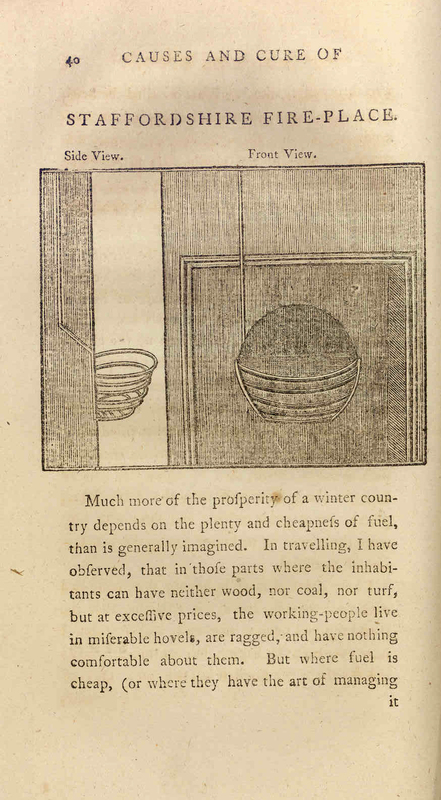 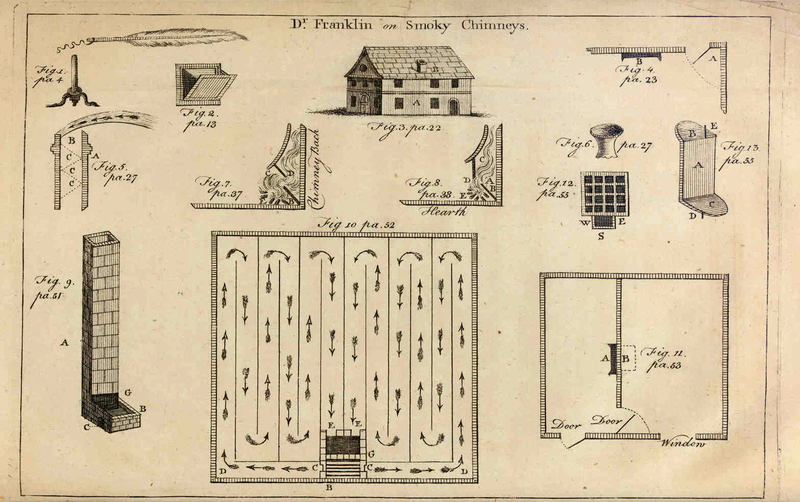