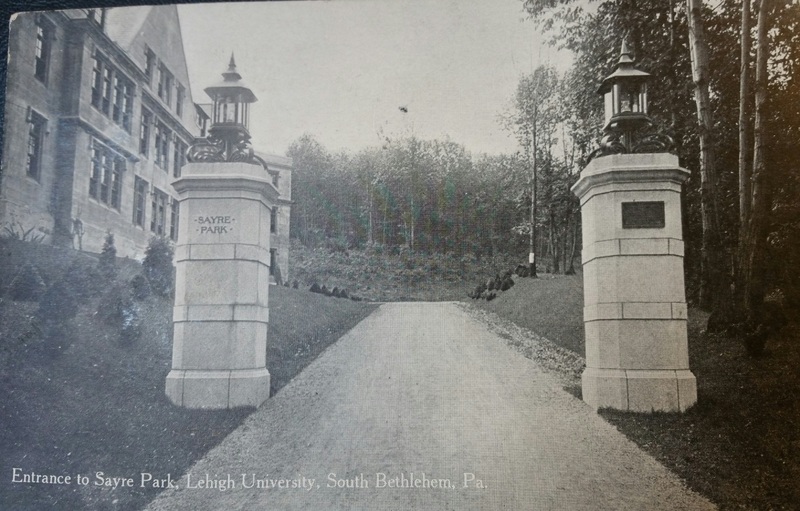 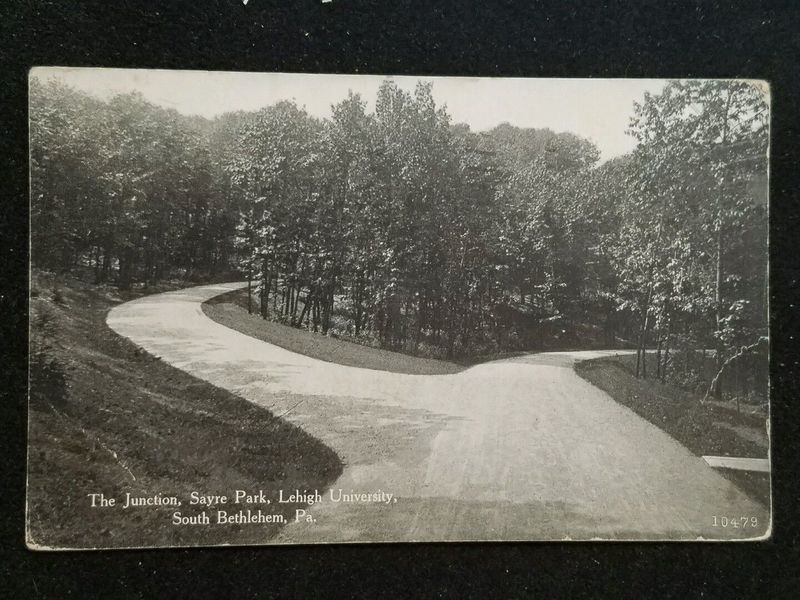 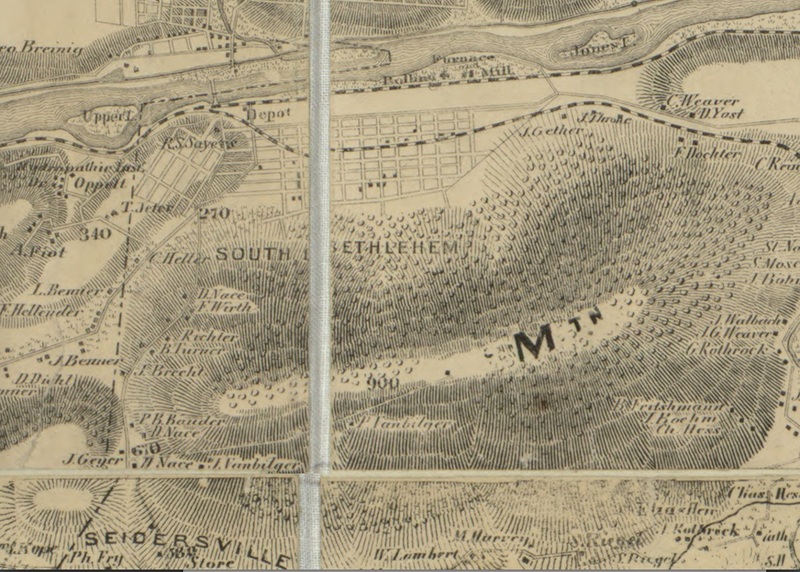 Not long after Lehigh opened its doors, a thirty-acre tract of land south of the main campus was purchased by the university. The Trustees wanted to to control the Crystal Spring that supplied water to the campus buildings. Under President Lamberton, an additional 97 acres were acquired to control the entire watershed on South Mountain. By 1908, this became less important as the university began using South Bethlehem water.

In 1909, the Board of Trustees established Sayre Park on the tract, in recognition of a $100,000 donation from the family of Robert H. Sayre as a memorial. The funds were to be used for the development and maintenance of the park.  This area includes the mountain slope known as "the Hill" and Lookout Point. Another feature was the "Washington Rock," which once resembled a profile of George Washington (but has since eroded).

Robert Hall, who was asked to landscape the land along the drive to the university, described Sayre Park at the time:

"For the sake of those who do not know the region, here is, roughly, the lay of the land. Back (south) of the university, the mountain rises steeply and is wooded. Back of Williams Hall a brook flows down, whose origin is the arboretum. Not far above the southern edge of Sayre Park, the land flattens out in an almost level valley which stretches half a mile or so rising gently to where the wooded mountain again rises steeply to the summit. The arboretum land lies on this gentle slope with a northern exposure."

On the top of the Lehigh South Mountain, south of Sayre Park, was a village called Billiardsville. According to Hall, the university was making plans to acquire the watershed, including the village. He wrote, "the plan is to make a golf course of the village." It was much later that the land was acquired, and discussion turned to creating an athletic field.

It should be noted that the trees in Sayre Park were the result of large-scale planting, with 2,946 trees ordered and planted in 1909-1910 alone. Hall spent three years landscaping along the Sayre  Park drive and on the campus proper. Ultimately over 100,000 trees were planted on our campus.

The memorial gates to Sayre Park were dedicated in 1926. In 1938/39, Sayre Park was named a wildlife refuge, and deer, hawks, bear, eagles, and other animals enjoyed protected status.