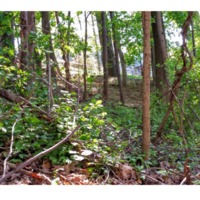 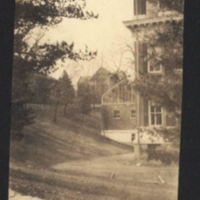 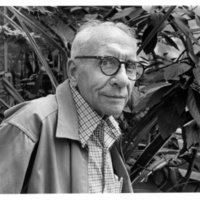 The Tangled Bank is the sloped, unmanicured area behind Williams Hall. Dr. Francis Trembley, a pioneer environmentalist and Lehigh professor of ecology from 1928 to 1970, was the father of the Tangled Bank. He had an idea to allow this area, which was now mowed and manicured, to revert to its natural state. Around 1967, Dr. Trembley convinced Lehigh to let the area grow undisturbed. He named it the “tangled bank," a reference to a phrase Charles Darwin used in On the Origin of Species.

There are a number of trees on this plot, and its said that at one time an eagle nested there.

Dr. Trembley, and later other faculty, used the Tangled Bank as an outdoor classroom. Lehigh students today explore the bank and take samples to record changes in the plant species distributions. Read more about the Tangled Bank at Lehigh ecologist Dr. Robert Booth’s blog Among the Stately Trees. 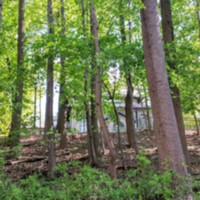 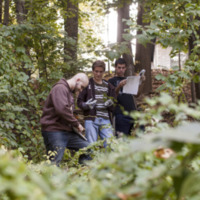 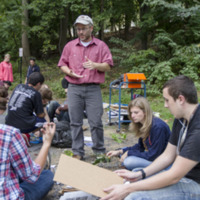 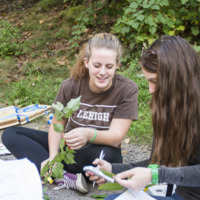 Photos from Lehigh's Tumblr site, We know about the tangled bank. "

"Professor Robert Booth recently brought his ecology class (EES 152) to the Tangled Bank to do a botanical survey of the area. The area was divided up into 9 plots, and students divided into teams. They identified and measured trees, pressed leaf samples, and cataloged the different species living in the area.

It’s interesting, because the class can compare their data sets to the work done in other semesters, including work done at the same spot in 1968."