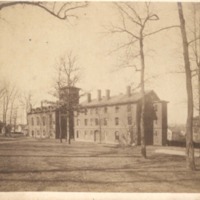 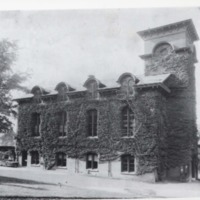 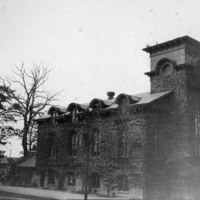 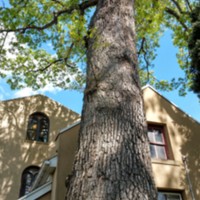 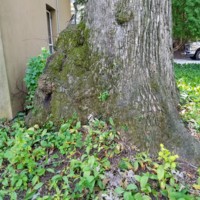 This white oak (Quercus alba), located at the west end of what is now called Christmas-Saucon Hall, is estimated to be around 300-years-old. Its age is  apparent when viewing the enormous base of the trunk, which is at least nine feet in diameter. Note in the photos how close it sits to the building.

Looking at early photos, it appears the oak tree was well-established at the time the university was founded. In the  historic photos shown here, the oak tree is partially visible on the left side of the photos (west end of the building), with its branches emerging over the roofline.