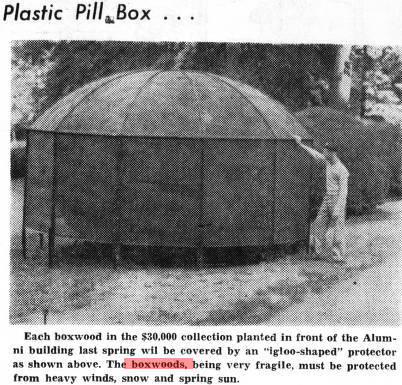 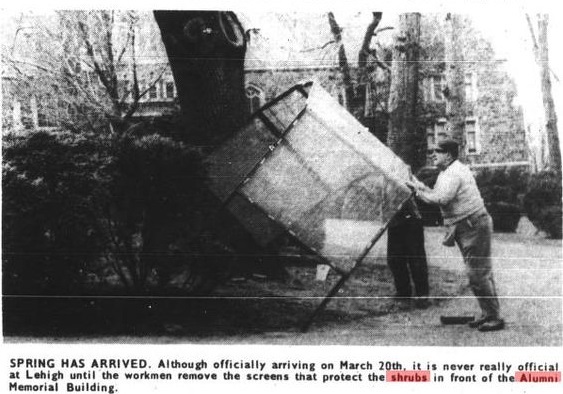 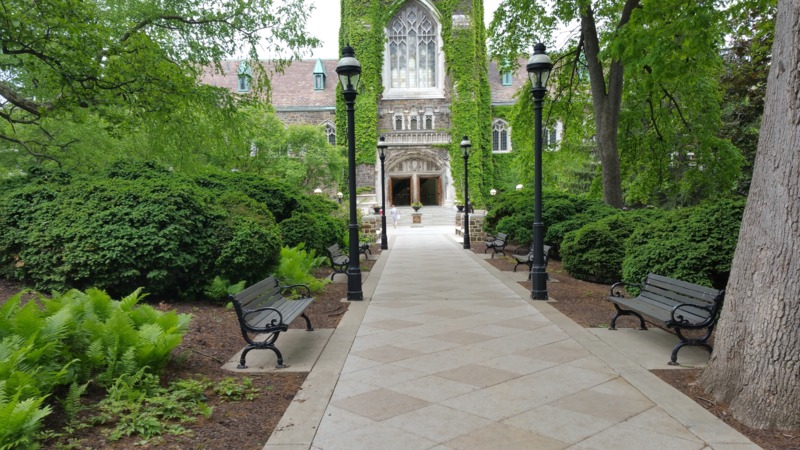 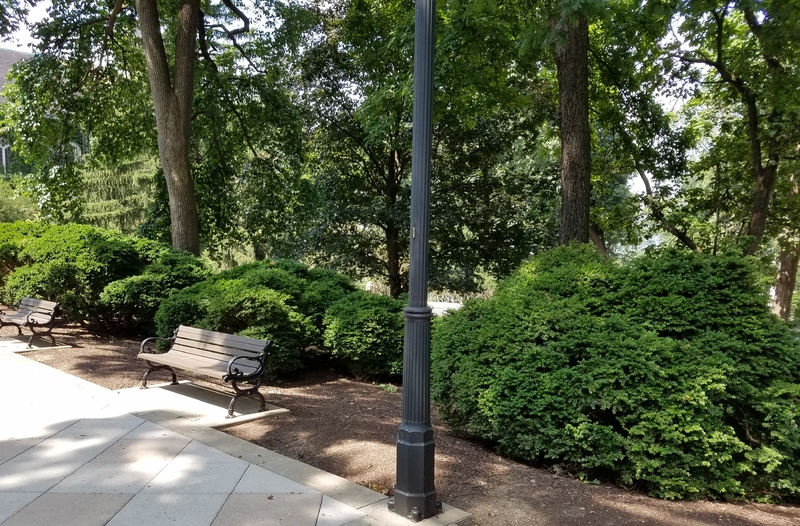 In 1953, approximately 500 feet of 200-year-old boxwood hedges were donated to Lehigh by Robert Parke Hutchinson '04 to line the main walk leading to the Alumni Memorial building. At the time the collection arrived on the Lehigh campus, the largest shrub  was 15 feet high and 75 feet in circumference. The shrubs were said to be originally planted in front of the *King George Tavern (1756) near New Tripoli, PA. Reportedly the hedges were the scene of a duel fought between a Polish officer and an American officer during the Revolutionary War.

The boxwoods were carefully protected, and water from the Crystal Spring was partly diverted to the Alumni building to irrigate the shrubs. The care lavished on the shrubs drew jokes and sarcasm from students (see Brown and White news editorials). In 1957, the Brown and White reported that the installation of the boxwoods damaged underground cabling, resulting in a sustained power outage on the lower campus (see "Boxwoods villains again").

Brown and White articles on the boxwoods:

*Despite the Brown and White report of the shrubs' previous location, the location of the boxwoods is somewhat in question, as no tavern of that name appears to have been located in New Tripoli. Other accounts show that the boxwoods came from a north Bethlehem estate.