Robert W. Hall received his Ph.D. from Harvard University ('01) before taking the position of biology professor at Lehigh University in 1902. Soon after, he married Mary Bowen, who also studied biology at Yale. She was an accomplished researcher in her own right, receiving a Ph.D. in biology (University of Pennsylvania '09) and publishing in the American Journal of Anatomy and other journals. They married and resided on Church Street in Bethlehem. They had two children.

Hall shared an interest in forestry with President Henry Sturgis Drinker, and they often discussed Lehigh's role in advancing forestry (see this passage in Yates' book Lehigh University: A History...). Hall worked tirelessly to establish the Lehigh arboretum and tree plantation during the early part of his tenure at Lehigh. He was a small man, but carried out most of the physical labor -- clearing the land, digging irrigation, and planting/managing the trees. He was instrumental in identifying and acquiring the land for the university, and he learned landscape design basics to aid massive landscaping plans for Sayre Park.

His report History of the Lehigh arboretum, 1945-51 details his work on this labor of love, his role in shaping Sayre Park, and his shock and sadness when management of the forest was  re-assigned to another administrator. Unexpectedly losing control of the forest experiment he created was deeply hurtful, and he writes with candor about the experience of watching his life's work fall into neglect and disrepair. His personal narrative history of the arboretum offers an intimate perspective on his work and a look at Lehigh's early development as it formed its identity in higher education.

See the documents below for biographical sketches of both Hall and his wife.

In the article Trembley Park: From pit to apartments (Brown and White, October 21, 1977, p. 4) Trembley reminisces about his friendship with Hall. 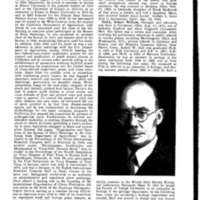 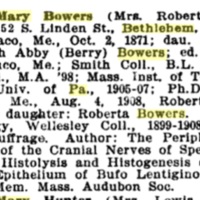 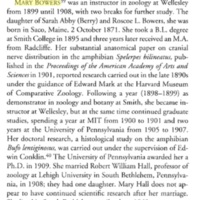 Ladies in the Laboratory, 2000