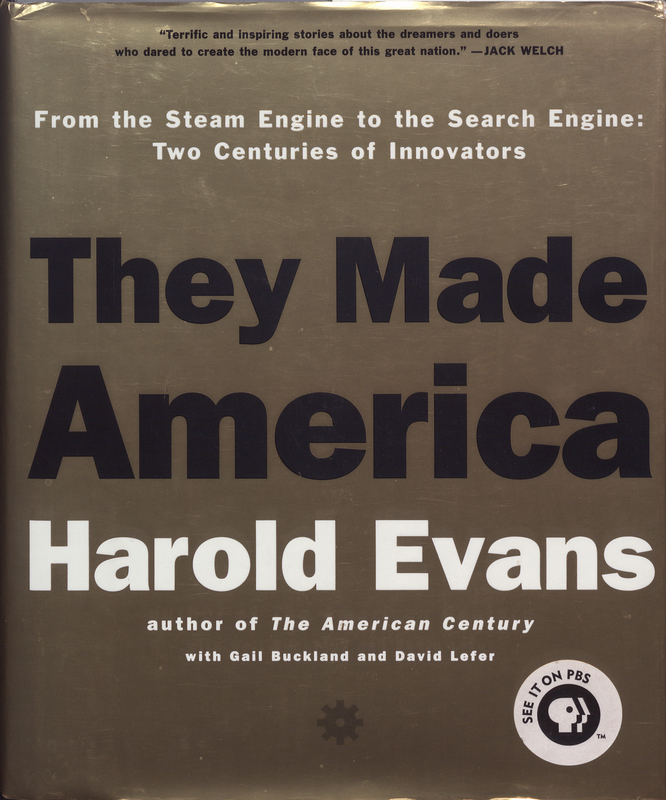 America – the land of opportunity, the wild frontier, and the new world – slogans that all convey a sense of optimism and boundless possibilities. For over two centuries, America has been a wellspring of scientific and technological innovation.

While the determination of which scientists, engineers, and entrepreneurs merit inclusion on any given list of luminaries is subjective, this exhibit seeks to feature many of those individuals who have contributed to America’s success. That success has been fueled by curiosity and experimentation, resulting in advances in technology, efficiency, and business.

Represented are: individuals who have fostered communication, such as Samuel Morse; those who have facilitated transportation, such as Robert Fulton, Henry Ford, and the Wright Brothers; entrepreneurs, such as Samuel Colt, and Cyrus McCormick; and technological genius, such as Steve Jobs and Bill Gates. On display are the innovations familiar to us, as well as examples of their lesser known triumphs.

Sir Harold Evans, historian and journalist, summed it up best in his book They Made America, when he said, “Innovation…has turned out to be a distinguishing characteristic of the United States. It is not simply invention; it is inventiveness put to use.”

We hope that this exhibit, with materials drawn from Special Collections and the Lehigh Libraries’ collections, will inspire our community to discover, innovate, and revolutionize, following in the footsteps of these great figures.

Innovation in Agriculture →
About the Exhibit