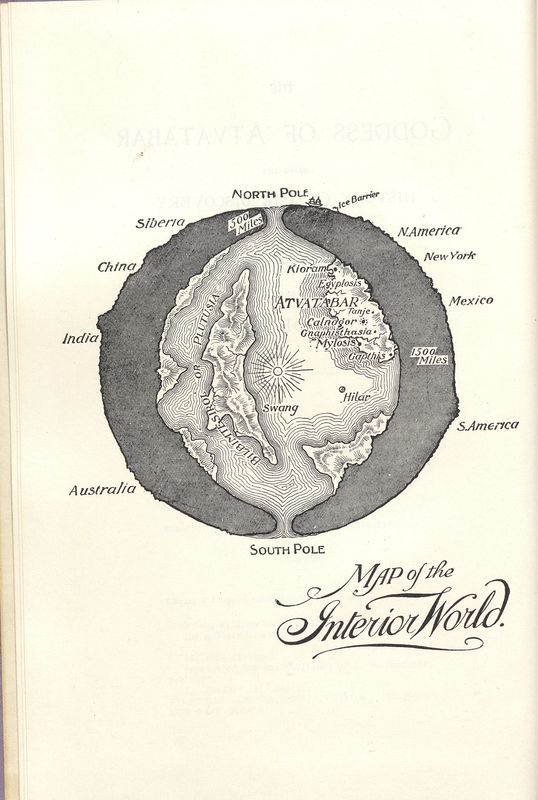 Based on a theory of a hollow earth popularized by John Cleves Symmes in the early 19th century, Bradshaw writes about  the subterranean country of Atvatabar within the Earth under North America, which is only accessible through a cavern in the North Pole. Atvatabar has advanced technology including the ability to create rain, railroads over oceans, bicycles without wheels, and personal flying devices.

William Richard Bradshaw (1851-1927).
The Goddess of Atvatabar; Being the History of the Discovery of the Interior World, and Conquest of Atvatabar.
New York: Arno Press, 1975 [c1891].