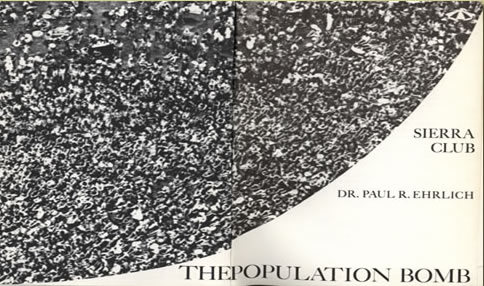 "Too many cars, too many factories, too much detergent, too much pesticide, multiplying contrails, inadequate sewage treatment plants, too little water, too much carbon dioxide- all can be traced easily to too many people."

Identifying overpopulation as one of the main sources of numerous environmental problems, Ehrlich's book, selling over three million copies, continued a global debate over sustaining the growing human population. Although some of his predictions never came to pass, he and his wife Anne continue to write about problems related to overpopulation in works such as their The Population Explosion (1990). 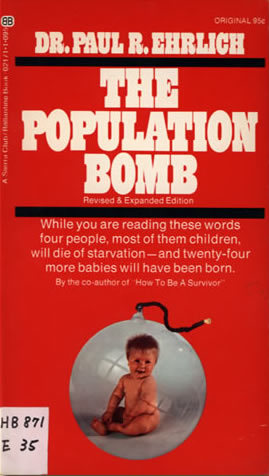 The revised and expanded 1972 paperback edition of The Population Bomb, with a baby in a bomb on the cover, lists "Mankind's Inalienable Rights" on the back:

The right to eat

The right to drink pure water

The right to breathe clean air

The right to decent, uncrowded shelter

The right to enjoy natural beauty

The right to avoid pesticide poisoning

The right to freedom from thermonuclear war

The right to limit families

The right to have grandchildren