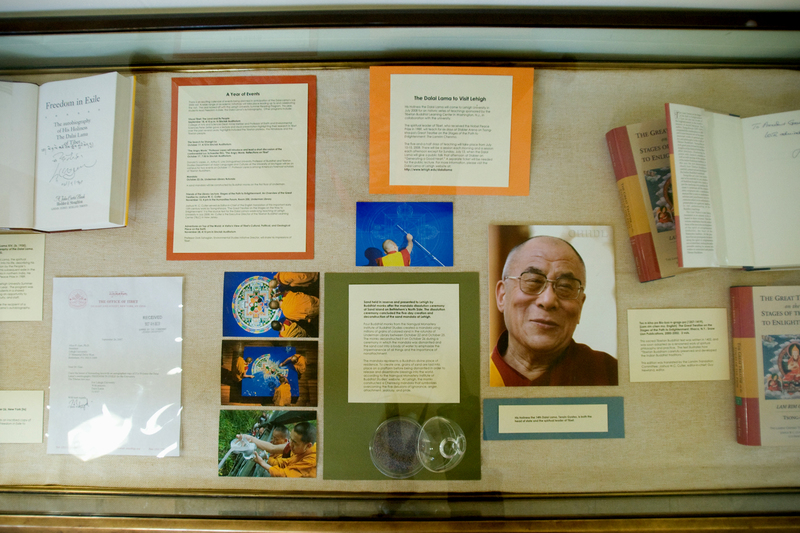 This sacred Tibetan Buddhist text was written in 1402, and was soon adopted as a renowned work of spiritual philosophy and practice. This edition was translated by the Lamrim Translation Committee; Joshua W.C. Cutler, editor-in-chief; Guy Newland, editor.

Presentation copy. In his autobiography, the Dalai Lama provides insight into his life, describing his childhood in Tibet, Tibet's invasion by the People's Republic of China in 1949, and his subsequent exile in the Himalayan village of Dharamsala in northern India. This book was selected for the Lehigh University Summer Reading Program http://www3.lehigh.edu/News/V2news_story.asp?iNewsID=2328 now in its fifth year.

In this letter, Tashi Wangdi forwards an inscribed copy of the Dalai Lama's autobiography Freedom in Exile to Lehigh's President.

← About the Exhibit
The Sand →
Books and Letters