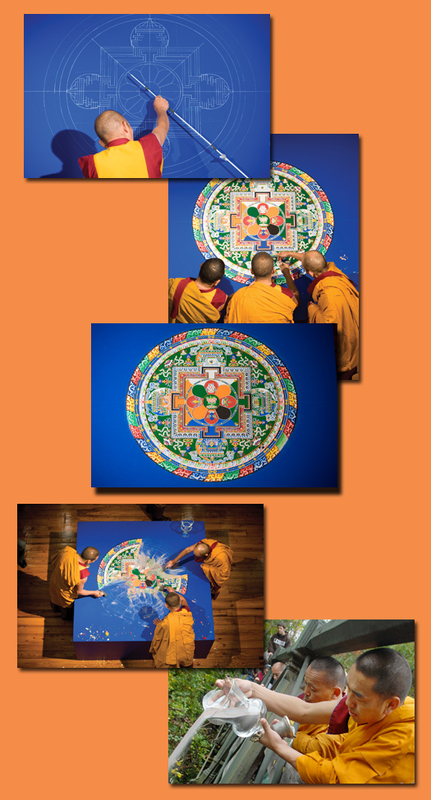 Using millions of grains of colored sand in the rotunda of Linderman Library in October 2007, four Buddhist monks from the Namgyal Monastery Institute of Buddhist Studies created a Chenrezig mandala symbolizing overcoming the five delusions of ignorance, anger, attachment, jealousy, and pride. The monks later dismantled it, and cast the sand into a body of water to emphasize the impermanence of all things and the importance of nonattachment.

← Books and Letters
The Sand