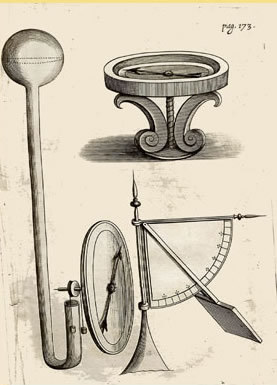 "The Royal Society and the Origins of Scientific Communication" opened in Linderman Library on January 22nd. The exhibit not only commemorates the founding of the Royal Society in 1660, but also highlights recent developments that are in the process of transforming scientific communications once again. Philosophical Transactions of the Royal Society of London, the society's journal, was first published in 1665. The format and content of the journal have evolved, but the Society remains committed to publishing ground-breaking research in all scientific disciplines.

Highlights from the Philosophical Transactions and a history of the Royal Society can be found on the first floor, including seminal articles by Benjamin Franklin, Isaac Newton, and Stephen Hawking, among many others. A look at the changing face of scientific communication from the 17th to 21st centuries is on view in the Café Gallery on the ground floor. It includes material on the exponential growth of journal literature, bibliometrics, journal pricing, open access publications and legislation, and the use of ranking and impact assessment tools.

Visitors will have a chance to explore Lehigh's role in research and publication in the Bayer Galleria. The exhibition runs through May 26, 2010. Librarians Lois Fischer Black, Ilhan Citak, Christy Roysdon, Sharon Siegler, and Brian Simboli have contributed to the exhibit.

Histories of the Royal Society →
About the Exhibit