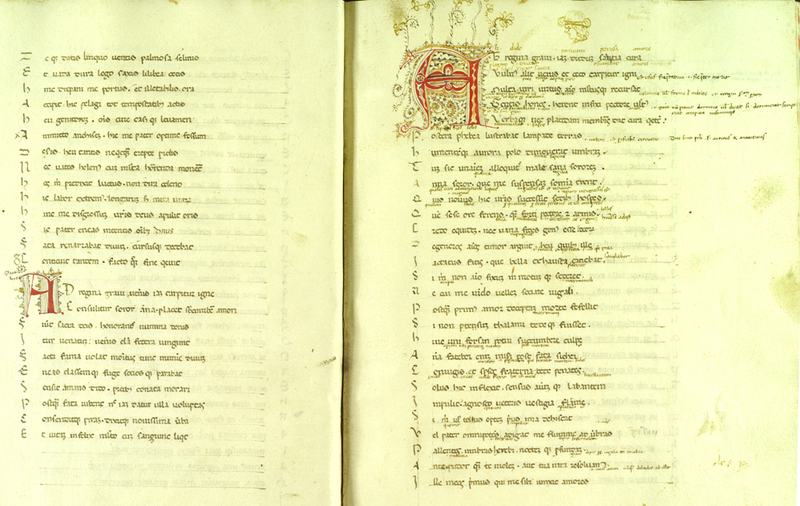 Note the marginalia at the top of the page

Although esteemed as a poet, Vergil enjoyed a variety of reputations in the Middle Ages, including that of a necromancer; however, his literary reputation prevails.  Lehigh's manuscript is an example of the sort of readily produced volume which the invention of paper and the industry of professional scribes made possible. 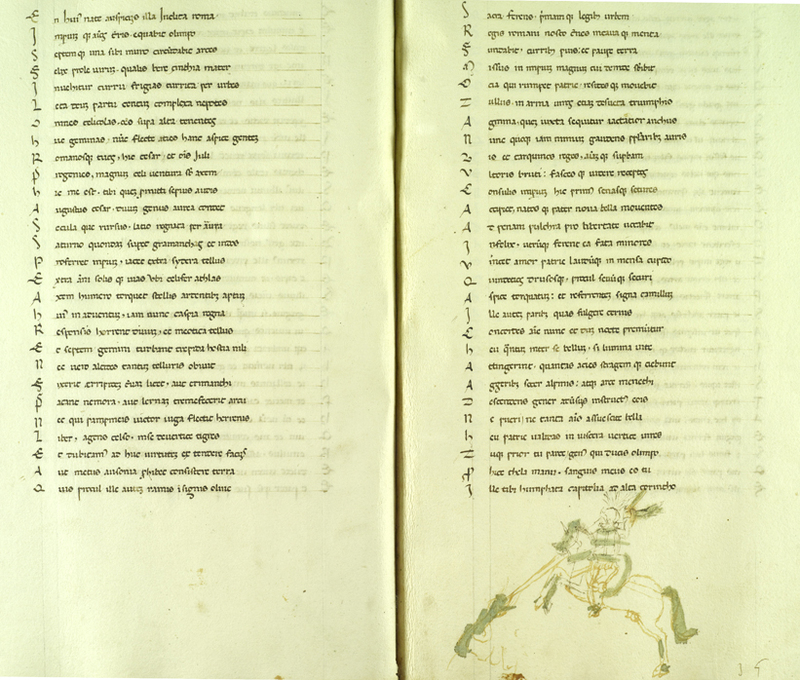 A knight on horseback