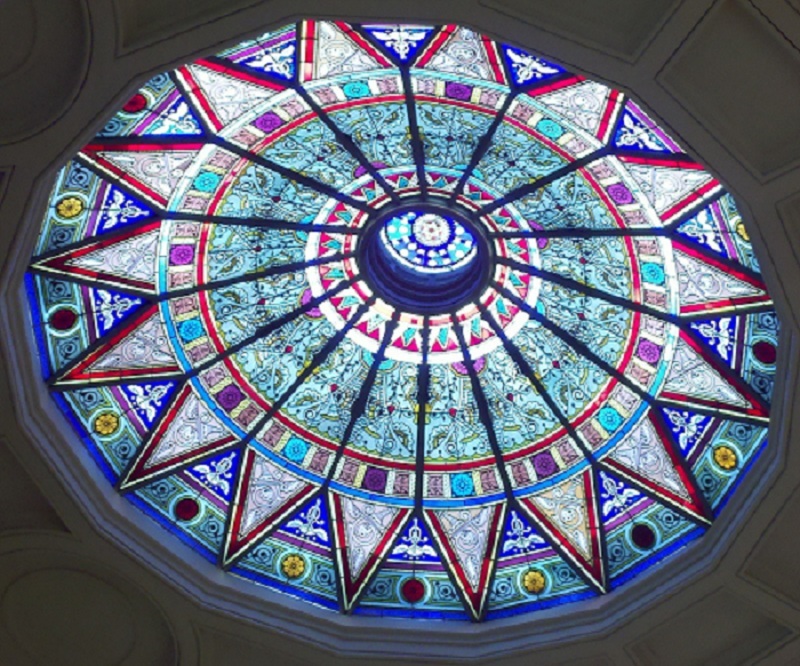 This style of architecture was appealing for many different reasons, which may account for its widespread popularity.  During this period, Britain, France and Germany were searching for a national style as a representation of their identity as an English, French, or German people.  “Gothic” architecture was understood as inherently English, French, or German in that its roots were not Roman. Gothic Revival also developed along the same lines as the Gothic Novel.  The architecture had a sublime, romantic, and picturesque quality that appealed aesthetically to many. For men like Morris and Ruskin, medieval architecture represented a Golden Age when there was a true interest in craftsmanship and skilled workers. They believed that architecture and design could change society for the better. The revival style also lent itself well to those architects working with iron as a new construction material.

Finally, the “Gothic” style was also understood to be appropriate to certain types of buildings such as churches or universities. There is a subset of Gothic Revival known as Collegiate Gothic. The style symbolized the academic legacy of medieval universities, particularly Oxford and Cambridge.  Ralph Adams Cram of the architectural firm Cram, Goodhue, & Ferguson was largely responsible for popularizing this style. When you think of prestigious academic institutions or places of higher learning, is there a style of architecture that you associate with it?  What does that style represent to you?