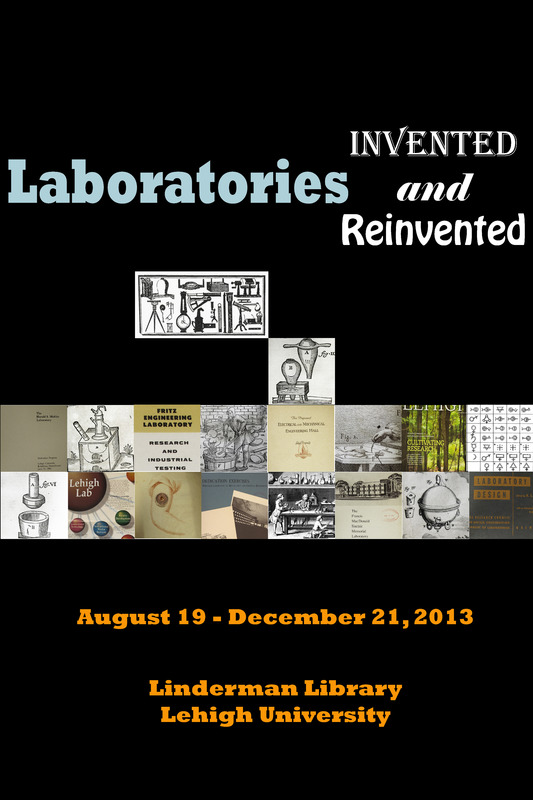 When laboratories come to mind, one imagines Bunsen burners, steaming test tubes, and bubbling beakers. Though traditionally scientific (and usually chemical) in origin, the function of a laboratory has expanded to include such diverse purposes as languages, finance, and even theater. Whatever the subject, laboratories are united by the need to answer a question or solve a problem.

According to the Oxford English Dictionary, a laboratory is: "Originally: a room or building for the practice of alchemy and the preparation of medicines. Later: one equipped for carrying out scientific experiments or procedures, esp. for the purposes of research, teaching, or analysis; (also) one in which chemicals or drugs are manufactured. From the 19th century frequently with distinguishing word. In later use abbreviated lab."

This digital exhibit features images of laboratories over time, drawn from Lehigh's Special Collections. It proceeds roughly chronologically. The first sections look at traditional and medical laboratories during the early modern period. The third section focuses on scientists from the sixteenth century through the nineteenth century who made the outdoors their laboratory. Subsequent sections show the reader how the laboratory changed in the nineteenth and twentieth centuries. Two final sections discuss laboratories at Lehigh, past and present.

“Laboratories Invented and Reinvented" first opened as a physical exhibit on August 19, 2013 in Linderman Library. Special Collections gratefully acknowledges the loan of artifacts from both the Lehigh University Departments of Physics and Chemistry. We are most appreciative of the expertise and assistance provided by Ned Heindel, Professor of Chemistry, and by Wayne Ferencin and Rich White, Electronic Technicians in the Department of Physics.

Early Modern Laboratories →
About the Exhibit