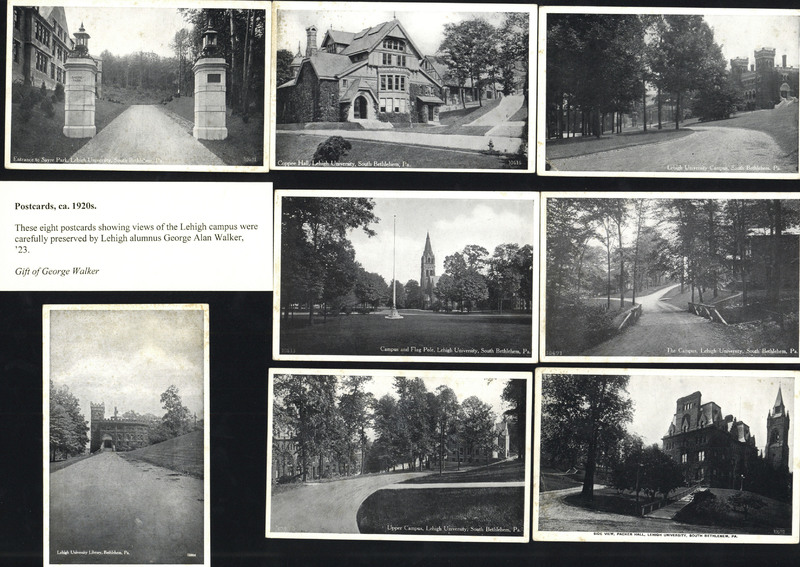 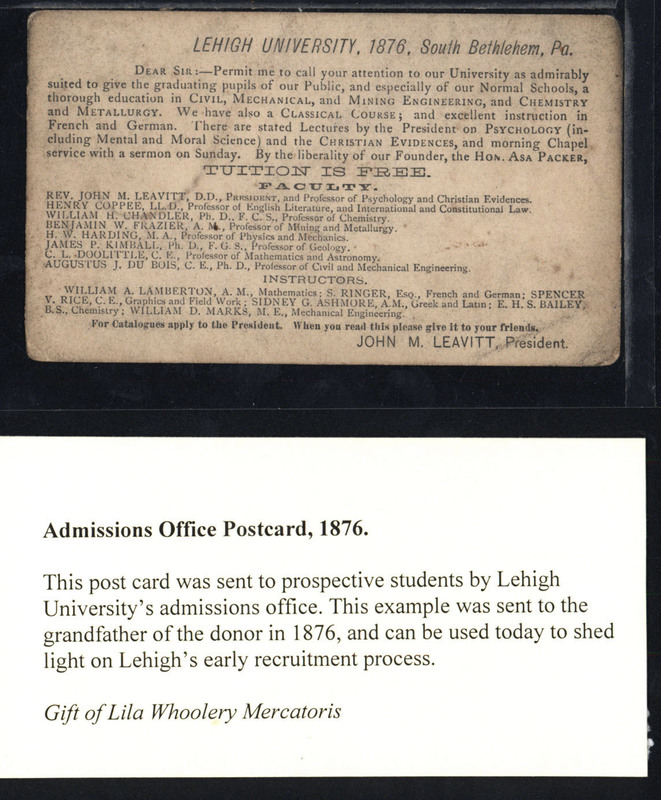 This post card was sent to prospective students by Lehigh University’s admissions office. This example was sent to the grandfather of the donor in 1876, and can be used today to shed light on Lehigh’s early recruitment process. 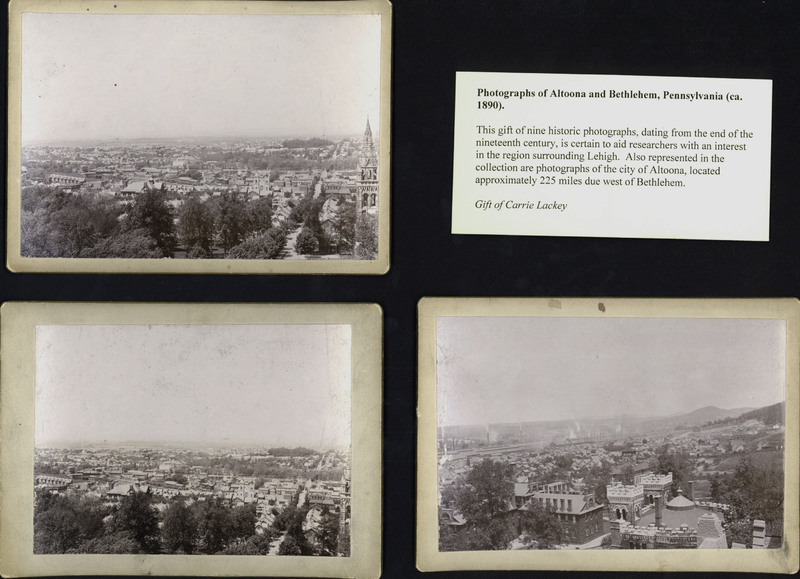 This gift of nine historic photographs, dating from the end of the nineteenth century, is certain to aid researchers with an interest in the region surrounding Lehigh.  Also represented in the collection are photographs of the city of Altoona, located approximately 225 miles due west of Bethlehem. 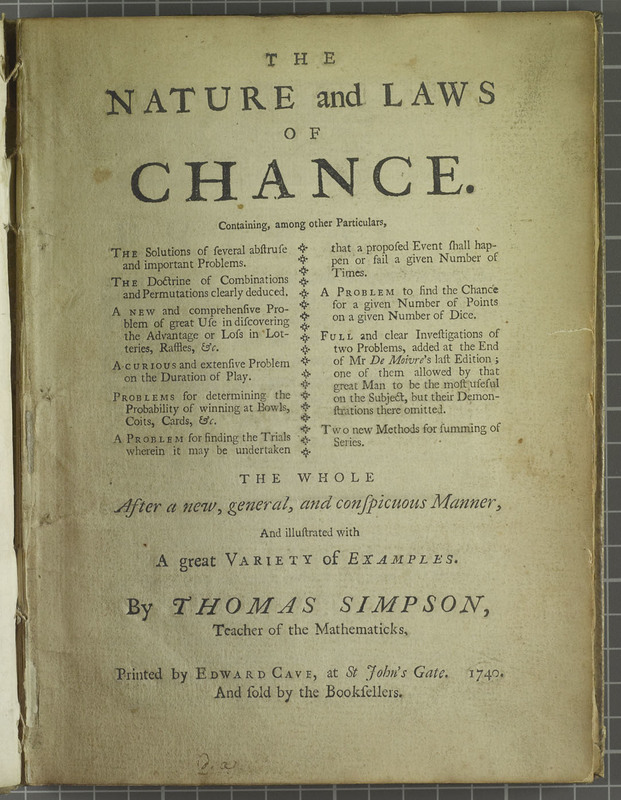 This volume was owned by a series of Lehigh mathematicians before it was donated to Special Collections in 2010.  Simpson was a self-taught mathematician who researched probability theory.

Gift of the Lehigh University Department of Mathematics 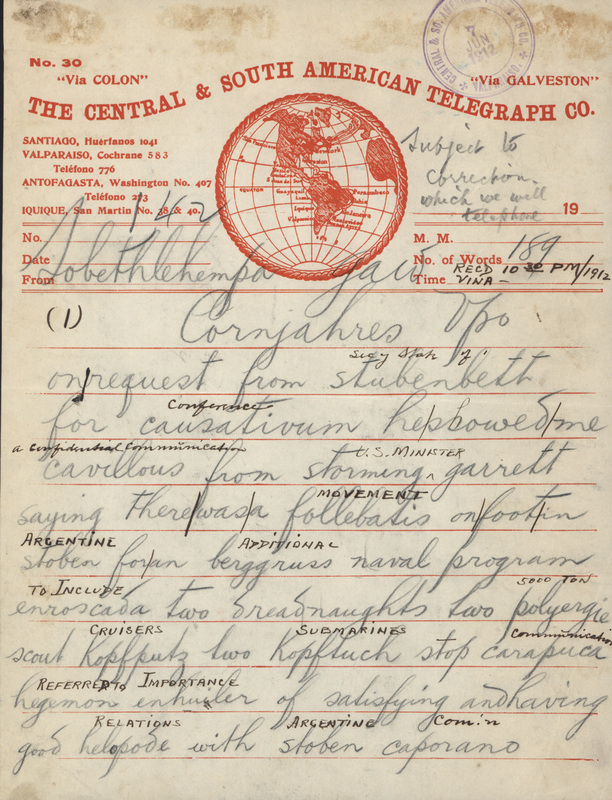 This scrapbook contains personal correspondence as well as ciphered, coded, confidential telegrams to and from Archibald Johnston (Lehigh 1889), a President of Bethlehem Steel Company.  Johnston represented the company abroad, primarily in South America.  Most of the correspondence is dated 1912, and was sent either to or from Charles M. Schwab, Director of Bethlehem Steel Co. or Eugene G. Grace (Lehigh 1899), a president designate (made President in 1913).  The business correspondence consists primarily of telegrams written in code.  The personal letters and telegrams are usually in English but a few are in Spanish.  As some of the correspondence indicates, Johnston’s wife and family accompanied him to South America. 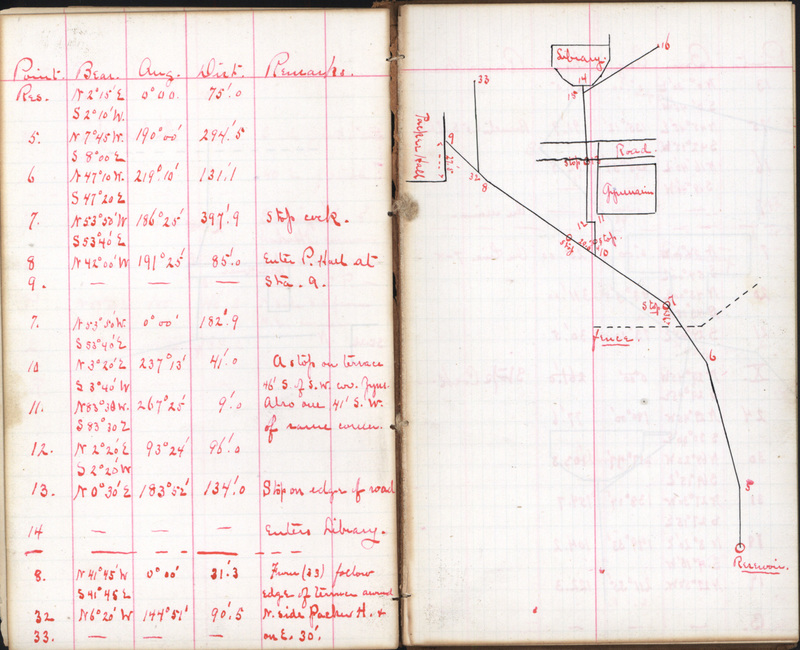 This volume contains an historical engineering viewpoint of the campus facilities of 1885, with location maps of buildings, streets, water, and gas pipes drawn by survey measurements.  It includes maps, charts, and descriptions of Lehigh University’s gas and water lines.  The notebook, which is dated June-July 1885, appears to be the result of a survey by civil engineering student James Hollis Wells, a member of Lehigh’s class of 1885. 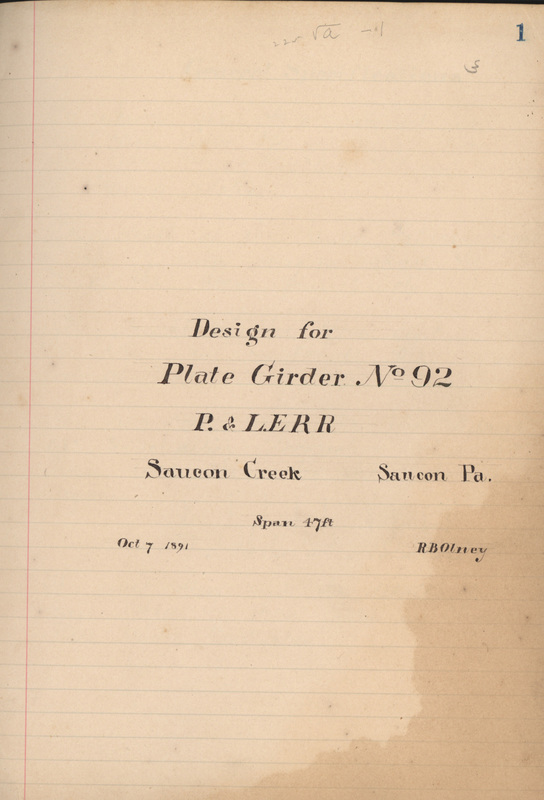 Olney was a Lehigh student who earned his Civil Engineering degree in 1892.  At that time, students were required to submit a bachelor's thesis in order to graduate, but many engineering students remained at Lehigh an extra year, often submitting multiple theses.  It is likely that Robert Blum Olney submitted two documents, and this gift is one of them. 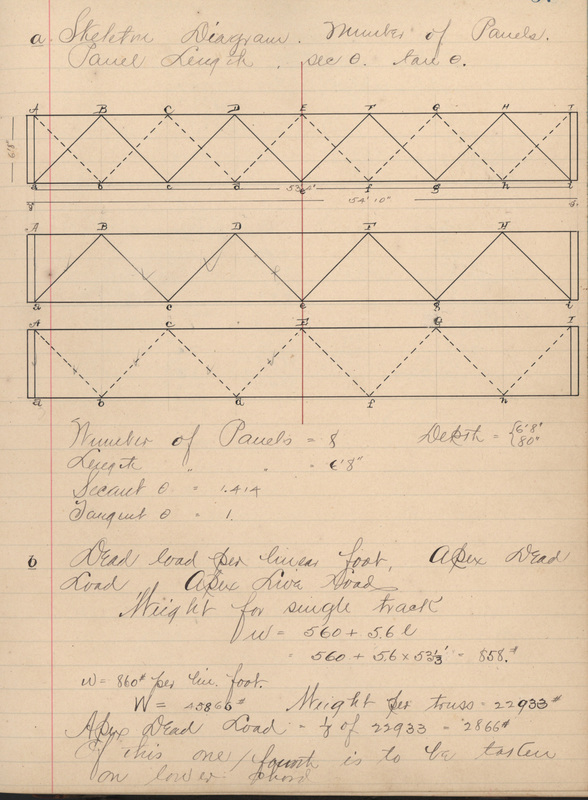