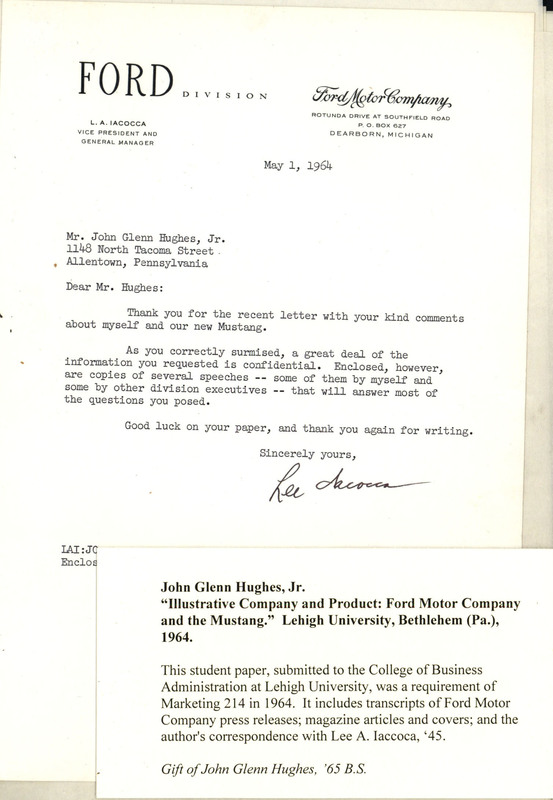 This student paper, submitted to the College of Business Administration at Lehigh University, was a requirement of Marketing 214 in 1964.  It includes transcripts of Ford Motor Company press releases; magazine articles and covers; and the author's correspondence with Lee A. Iaccoca, ‘45. 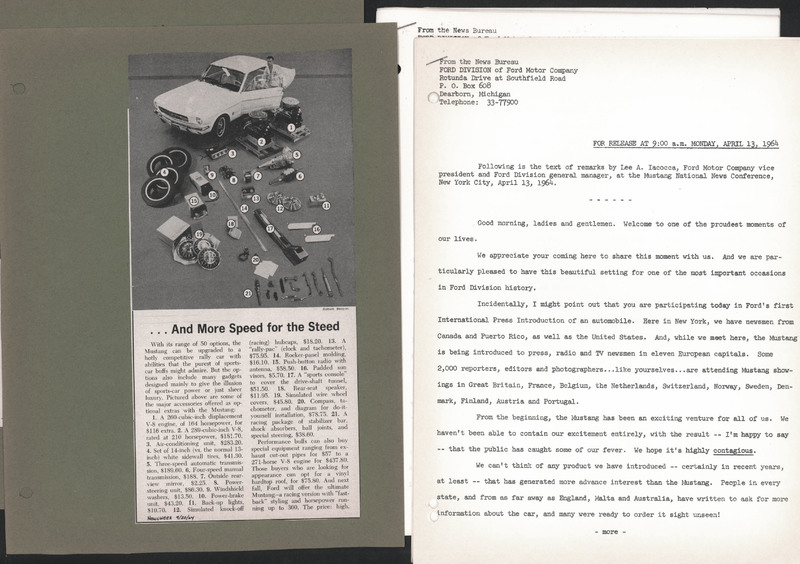 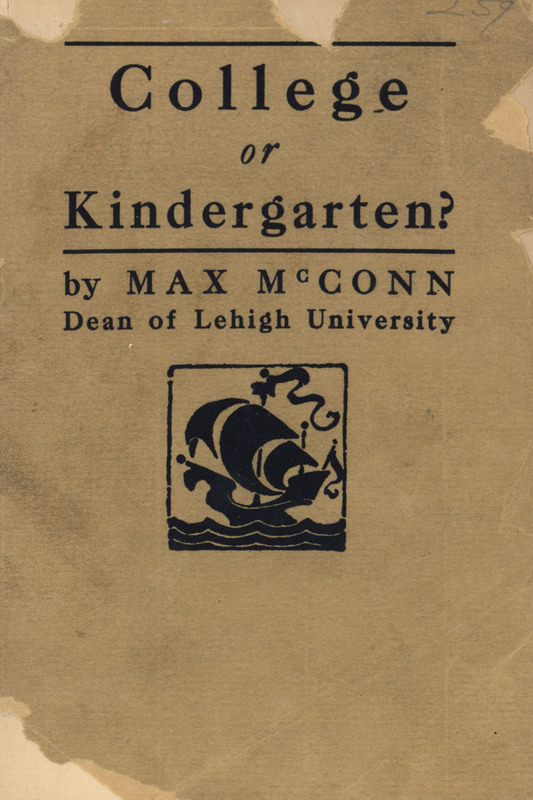 Charles McConn served as Dean at the time he wrote this book. 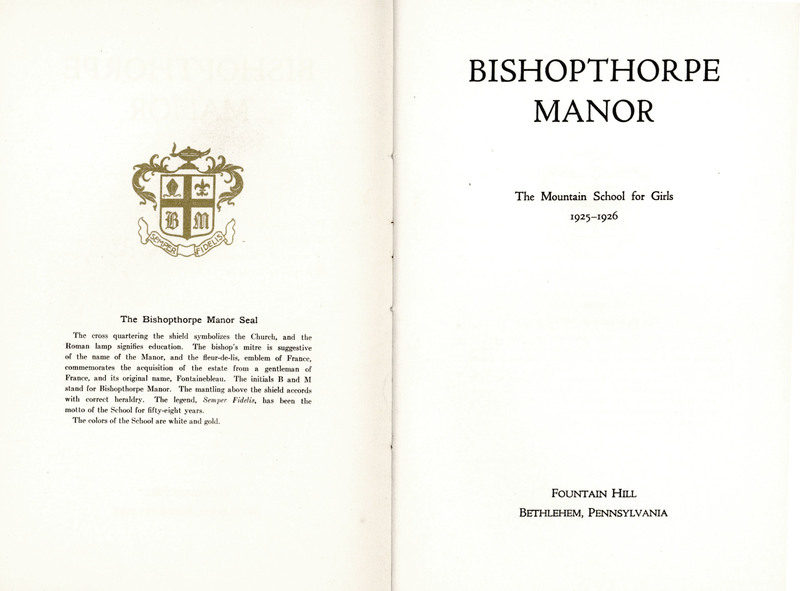 This 1925-26 school catalog includes description of the school, an image of seal, names of the faculty and officers, and photographs of the facility and students.  This copy belonged to Alice Helen Seward, who attended to Bishopthorpe School in the 1920s. 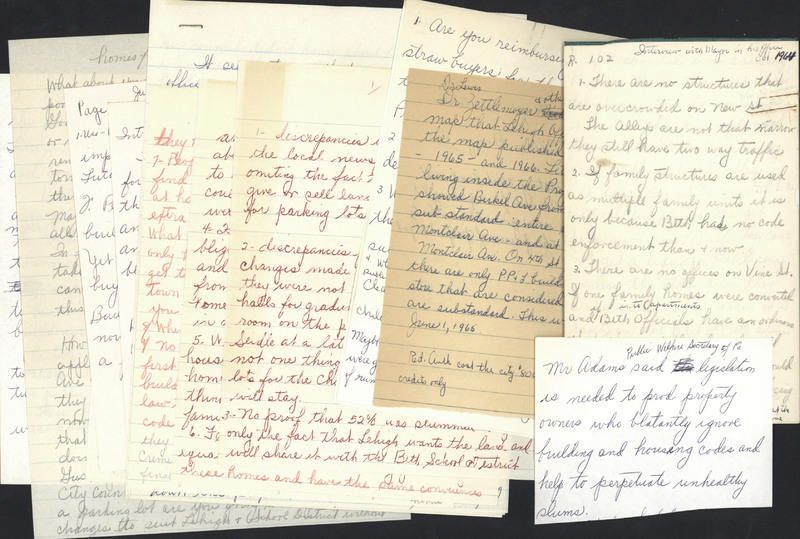 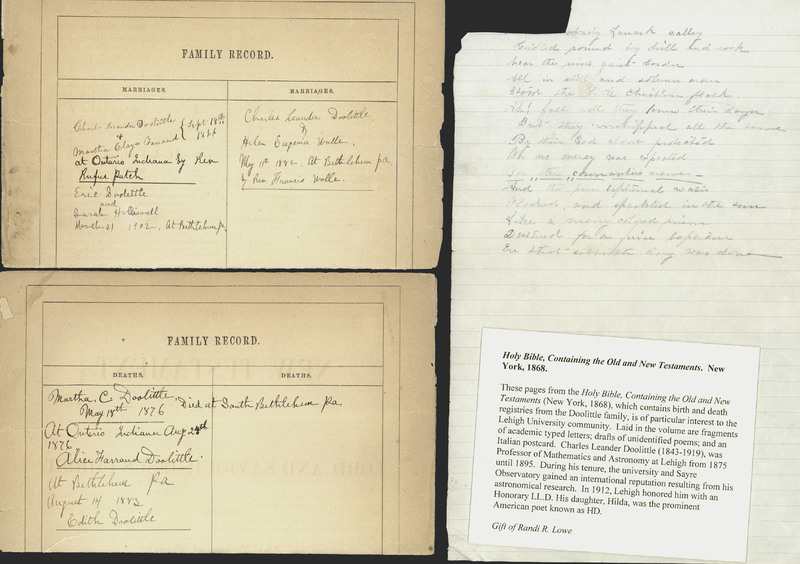 These pages from the Holy Bible, Containing the Old and New Testaments (New York, 1868), which contains birth and death registries from the Doolittle family, is of particular interest to the Lehigh University community.  Laid in the volume are fragments of academic typed letters; drafts of unidentified poems; and an Italian postcard.  Charles Leander Doolittle (1843-1919), was Professor of Mathematics and Astronomy at Lehigh from 1875 until 1895.  During his tenure, the university and Sayre Observatory gained an international reputation resulting from his astronomical research.  In 1912, Lehigh honored him with an Honorary LL.D. His daughter, Hilda, was the prominent American poet known as HD. 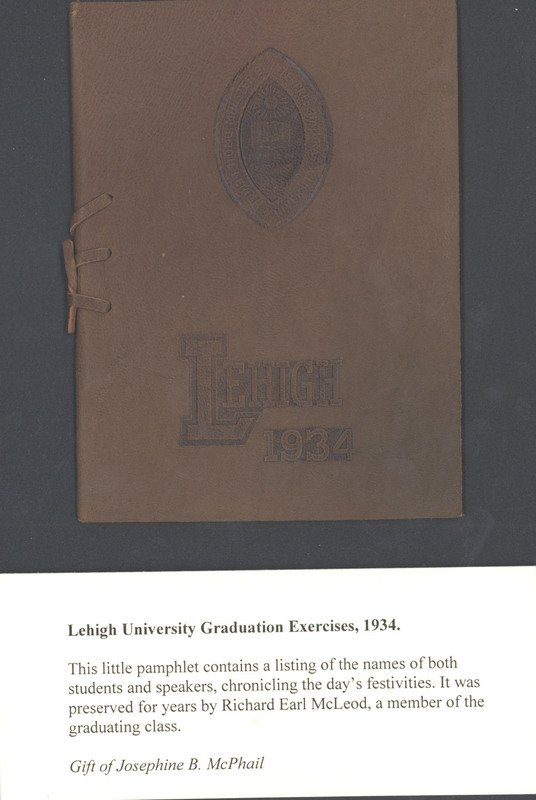 This little pamphlet contains a listing of the names of both students and speakers, chronicling the day’s festivities. It was preserved for years by Richard Earl McLeod, a member of the graduating class.

Gift of Josephine B. McPhail 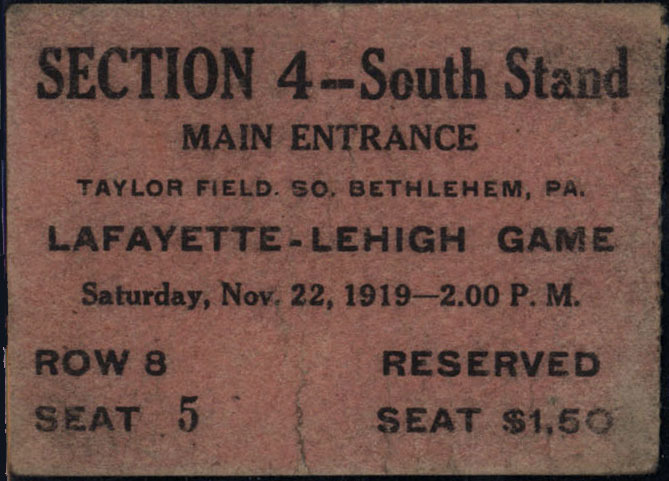 This ticket stub, from the 1919 Lehigh-Lafayette Game, is certain to be of interest to alumni or other sports-enthusiasts researching the most-played college football rivalry in history.  As Lehigh approaches its sesquicentennial, Special Collections has begun planning a series of commemorative exhibits.  Memorabilia such as this ticket will enhance our display dedicated to athletics events.