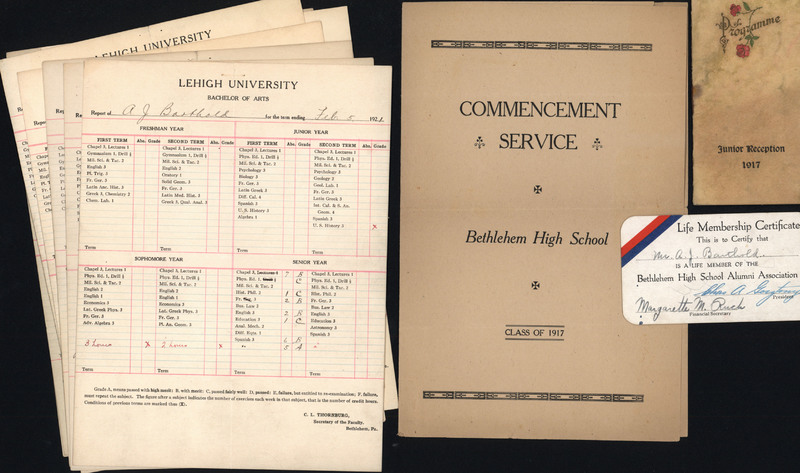 Allen J. Barthold was born in Philadelphia and raised in Bethlehem, Pennsylvania.  He graduated from Bethlehem High School in 1917, and completed his undergraduate work at Lehigh University in 1921.  After receiving his Ph.D. from Yale in1931, Barthold returned to Lehigh University to serve as Professor of the Romance Department (today, Modern Languages) in 1939, where he remained until his retirement in 1967.  This manuscript collection contains papers from his undergraduate work at Lehigh, as well as his graduate and professional work at Yale and Lehigh.  Included are photographs and memorabilia;  papers regarding Barthold’s two year leave of absence spent in the Dominican Republic; and his research involving the Richard Harding Davis Collection in Special Collections. 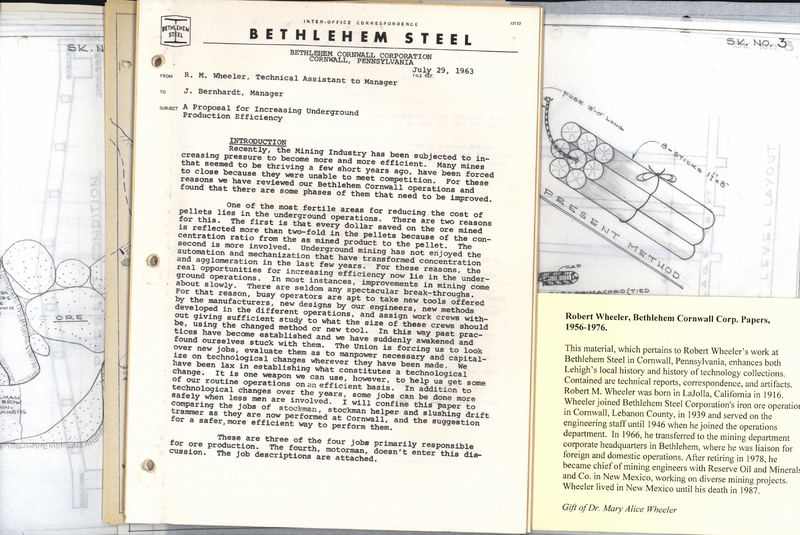 This material, which pertains to Robert Wheeler’s work at Bethlehem Steel in Cornwall, Pennsylvania, enhances both Lehigh’s local history and history of technology collections.  Contained are technical reports, correspondence, and artifacts.  Robert M. Wheeler was born in LaJolla, California in 1916.  Wheeler joined Bethlehem Steel Corporation's iron ore operation in Cornwall, Lebanon County, in 1939 and served on the engineering staff until 1946 when he joined the operations department.  In 1966, he transferred to the mining department corporate headquarters in Bethlehem, where he was liaison for foreign and domestic operations. After retiring in 1978, he became chief of mining engineers with Reserve Oil and Minerals and Co. in New Mexico, working on diverse mining projects.  Wheeler lived in New Mexico until his death in 1987.