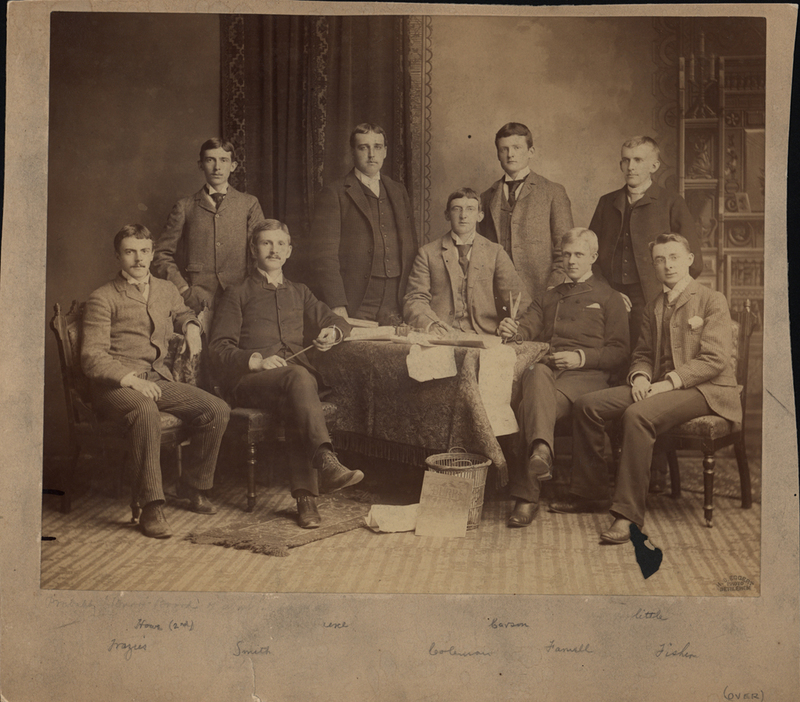 Mark Antony De Wolfe Howe, a member of Lehigh’s class of 1886, was one of the eminent editors of the Atlantic Monthly. He often wrote about the intellectual life in Boston. The work displayed here is about Annie Fields, who was one of the hostesses of Charles Dickens during Dickens’s second trip to the United States in 1867-68.  De Wolfe Howe was a classmate of Richard Harding Davis and was, like Davis, one of the editors of The Burr, Lehigh’s student humor magazine. De Wolfe Howe won the Pulitzer Prize in 1925 for his book “Barrett Wendell and His Letters.”


Mark Anthony De Wolfe as a Lehigh student.
1885-1886 Editorial Board of The Burr 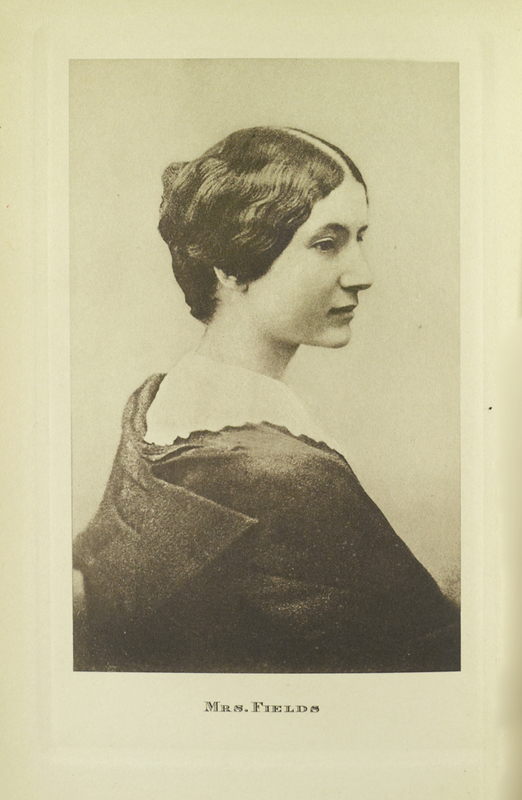 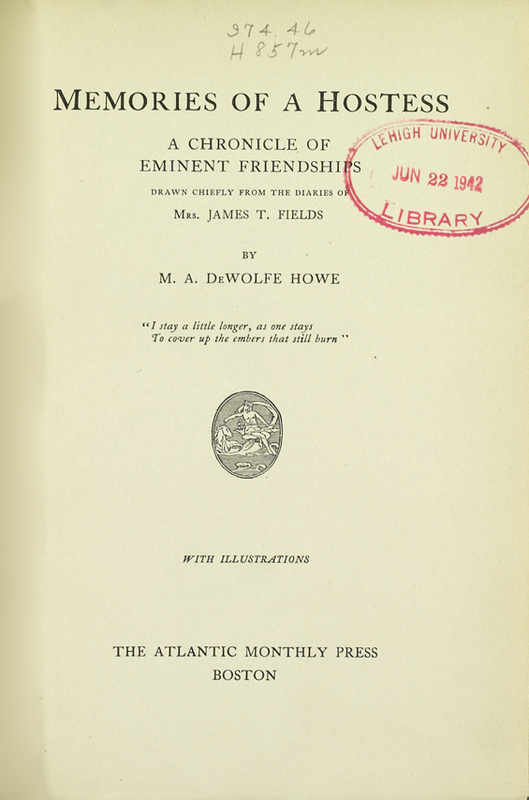