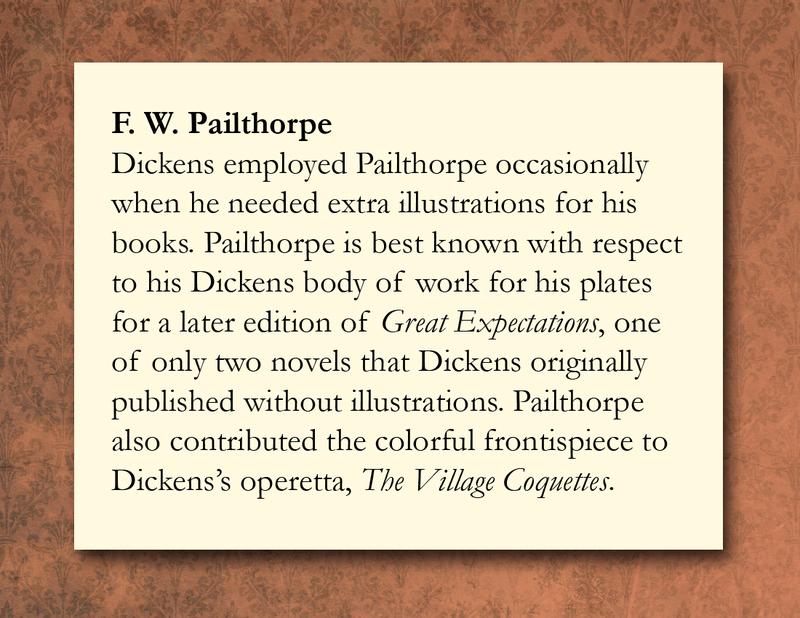 Dickens employed Pailthorpe occasionally when he needed extra illustrations for his books. Pailthorpe is best known with respect to his Dickens body of work for his plates for a later edition of Great Expectations, one of only two novels that Dickens originally published without illustrations. Pailthorpe also contributed the colorful frontispiece to Dickens’s operetta, The Village Coquettes. 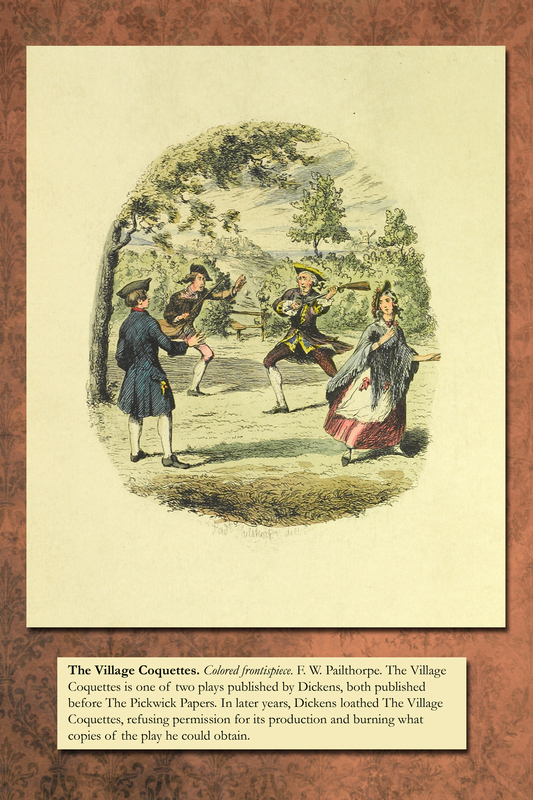