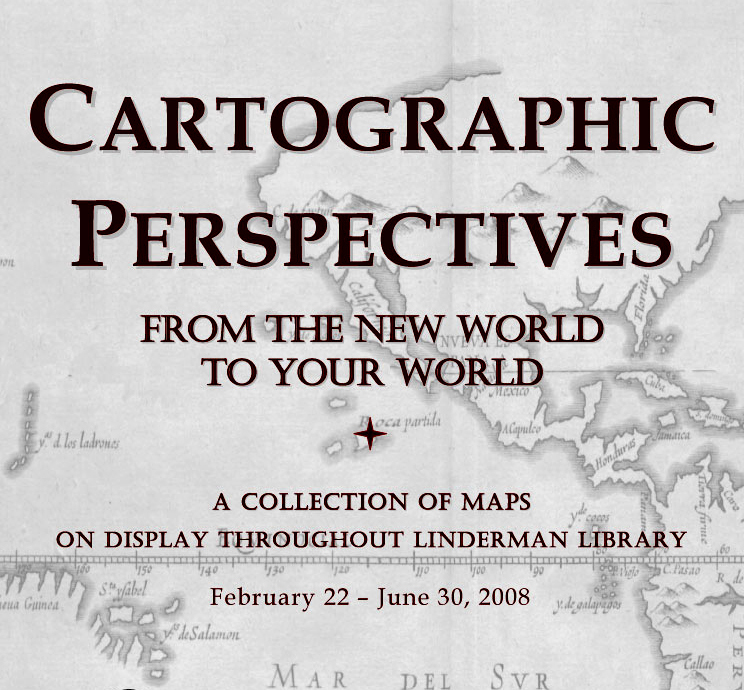 In 1520, when the New World was still new to the European world, the Viennese cartographer Peter Apian produced a map of the world that was one of the first to identify "America" by that name. From 1919 to today, the Pennsylvania Geological Survey has been mapping the state's geology. In 1727, Jonathan Swift's Gulliver's Travels included a map to the fantastical land "Brobdingnag." These three maps are just a few of the highlights in the exhibit "Cartographic Perspectives." Hernán Cortés conquering the Aztec city Tenochtitlan (now Mexico City); early Dutch settlers surveying their North American colonies; urban sociologists tracking the settlement of African Americans in Chicago: all of these ways of seeing and knowing the world place have been accomplished in part through maps. They suggest the range of purposes which maps have served, from colonization to scientific study to imagination of an alternate world. "Cartographic Perspectives" showcases this wide variety of cartographic forms and uses in a selection of maps from Lehigh's collections.

This exhibit, which contains all of the maps mentioned above, makes clear the power of maps to represent and to shape new knowledge about place. In order to demonstrate the continuing relevance of maps both old and new to how we see the world, Lehigh faculty and students have contributed commentaries on why particular maps matter to their work. To read these commentaries and see the maps they discuss, just follow the "Commentaries" link in the virtual exhibit. Or, you can view the maps by theme

Commentaries →
About the Exhibit